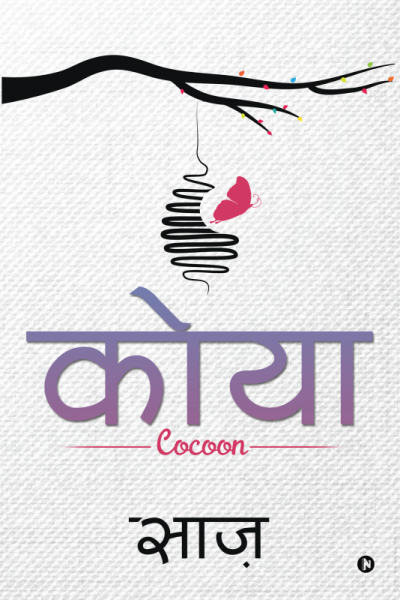 We are all born in a layered cocoon. Throughout the journey of our lives, we are engaged with the layers of this cocoon.

The whirlwind of the passage of times weathers down some of the layers of the cocoon, thus creating a space for us to sneak a peek outside our cocoon and see a ray of light or hear others sob.

These poems bundle up those experiences of rays of light and silent sobs. Sanjeev humbly states that his vocabulary comprises simple words and expressions, and the same has been used in these compositions.

For Sanjeev (Saaz), to be able to create this compilation of poems near the clarities of his soul has been a journey that has given him immense satisfaction. 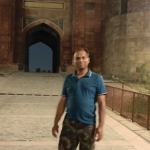 Sanjeev Jain is a Civil Engineer and Saaz is a poet.

Although he has many civil engineering structures like dams, tunnels ,buildings and roads to his credit but as a poet ,this is his first collection , “COCOON”.

He completed his B.Tech from Aligarh Muslim University in 1992 and got selected in the Indian Engineering Services Exams, He served in Border Road Organisation.

Presently He is on deputation in MDDA ,Dehradun originally an employee of the Irrigation Department, Government of Uttarakhand.

He is blessed with two sons Anirvin and Hansin who are studying in class 8th and 3rd respectively .Saloni is his counterpart.

Amidst his various engagements in the department , He always felt a vacancy within himself, in form of questions which remained unanswered , as some form of turbulance within his wellbeing. To sort the unevenness of being seated deep in his soul, He started writing verses and poems, and that how his pen name Saaz came in to being.

His pen name Saaz helps him come out from his professional personality of Sanjeev. Saaz according to him completes the notes of a lyrics

With the strong desire to give shape to his thoughts, he succeeds in finding the moments among the busy engaging and demanding professional schedules, and during these moments stolen from otherwise gruelling schedules of professional engagments, he interacts with his soul, and writes.

His poetry is fresh and free from traditional compulsions. Its like feeling again, your first love, your first day in school or the first rupee you earn As an engineer poet ,he builds a window through which he sneaks into your heart and touches you .His whole emphasis is to convey only the feelings, which he feels, is the sole requirement of a meaningful poetry .In his poetry, he shakes you and takes you to your unattended self.

He is also a member of the film writer association. .

He sincerely feels that, if the lines of his poems succeeds in touching the chord of the heart of his reader, and if they could establish a connect with the soul of the reader, then his poems shall be complete.