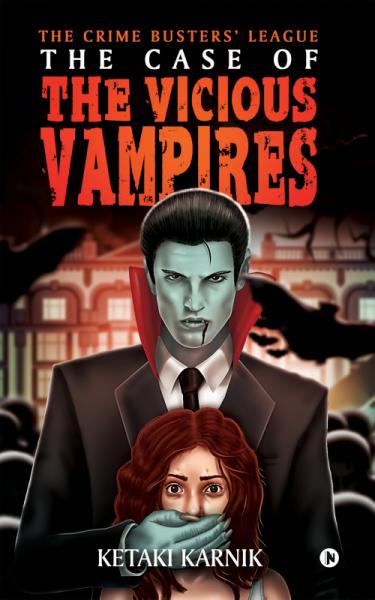 The Case of the Vicious Vampires

Sarla – my mentor, my guardian angel, my idol – had just attempted to murder me.

Accused of stealing a vaccine worth $2 billion, the gang must not only prove their innocence but also recover the stolen vaccine in time to save Sid’s father’s life.

No one and nothing is as it appears.

Finally, a meticulous murderer, who sets up an elaborate fail-safe death chamber with two ways to kill the Crime Busters’ League. Will the gang succeed in unravelling the mystery in time? But, first, can they escape certain death?

Sharpen your wits and marshal all your courage as you dive into danger, battle shadowy criminals and fight for survival.

Ketaki Karnik is the author of The Case of the Chinese Mastermind, the first adventure of the Crime Busters’ League.

Armed with a MBA, Ketaki roller-coastered through management consultancies and corporates. Through all this, her only lifeline to sanity has been concocting the next Crime Busters’ mystery. In addition to being a mystery fiction junkie, Ketaki is a movie buff who loves the guitar, chocolates and anything sci-fi.