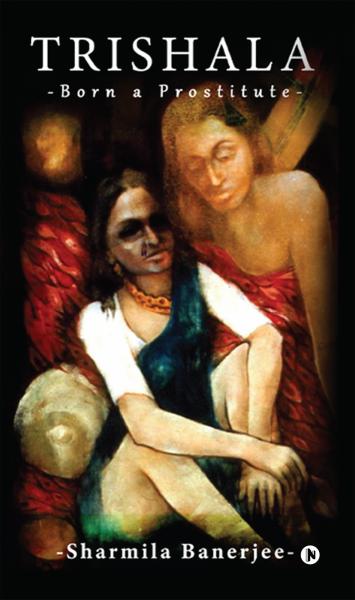 Trishala, “Born A Prostitute”, tells the story of a young girl named Trishala, who is born in a community which is into Caste Based Prostitution. She was initiated into this profession when she was just 12 years old with the Nath-Utarna Ceremony, and sold to the highest bidder for the night. Since then, every night she had to entertain a new customer. Trishala had never experienced a world outside her village and had a deep longing for true love.

Trishala’s village Kashipur was the badlands between Madhya Pradesh and Uttar Pradesh, it is a dystopic underbelly, and a regressive crime infested matriarchal community.

Siddharta, a business tycoon with a dejected past, accidentally lands himself in Kashipur and crosses paths with Trishala, which awakens true love in her. At the same time, a fiery journalist Samera and an IPS officer Abhishek are investigating a spate of kidnappings in the same area. Destiny brings Sidharta, Samera and Abhishek together, as they find themselves entangled in a bloody feud between two rival gangs of Kashipur, a multi-million-dollar drug and human trafficking nexus, and a crime infested regressive community. How this colossal endeavour unfolds, and Trishala’s journey of realization and rebellion, forms the crux of the story.

Dr. Sharmila Banerjee has over 30 years of experience in Media Industry. She started her career as a Print journalist and wrote many feature articles on Politics, Social issues with special emphasis on women’s issues in Times Group, Indian Express, DNA , Business Standard and Financial express. She was a television journalist in TV Today covering feature stories. Sharmila spent her next phase of career as a Marketing and Communications Group head in large corporate like Modi Entertainment[ Disney &ESPN] , L&T, Hinduja Group, JSW Group to mention a few.

She is a writer and film maker by passion and written, directed and produced more than 3000 hours of content on various streaming platforms. She has written, Directed and produced fictionalized series for DOORDARSHAN. All her other films written and Directed by her have accolades from all over the Globe.

She is currently CEO of Green Chillies TV, a pan India Satellite and Cable Channel. She is also Chairperson of International Women’s Leaders Forum.

She is recipient of more than 23 National and International Leadership Awards along with receiving various awards for her films and series.