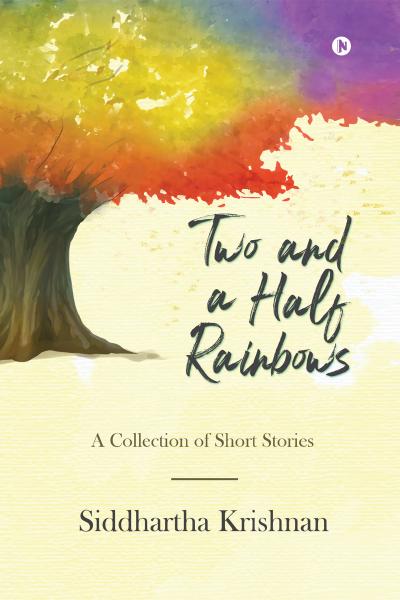 Two and a Half Rainbows A Collection of Short Stories

Two and a Half Rainbows – A Collection of Short Stories draws inspiration from the myriad shades of humanity, its persistent struggles, and its little moments of joy. These stories attempt to capture the intricacies of human emotions and celebrate the human spirit through a neutral voice. Despite being rooted, the storytelling is engaging, as it employs multiple genres and tones.

In ‘Fireworks’, five-year-old Rony’s ecstasy is in stark contrast to his beloved maid Roma’s agony, as he witnesses a daily spectacle from his apartment window. Similarly, upon ‘Meeting Rosanna’ after 40 long years, Joseph’s excitement contradicts Rosanna’s apprehensions about him, owing to their past.

Despite Gajraj’s progressive demeanour, his hypocrisy comes to the fore, when he is angered by the frivolous promise made by the ‘Fly on the wall’. Likewise, little Advaith’s innocence is put to the test when a friend seduces him to explore his ‘Dual’ nature.

Thus, through a bioscope of sixteen realistic but fictional short stories, the author takes the reader on a journey through the by lanes of life’s bittersweet memories. 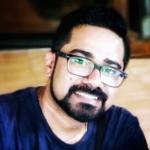 Siddhartha Krishnan is your quintessential ‘corporate guy’ from Bangalore, who took to writing after having worked in large MNCs for over a decade. Although corporate life was rewarding in its own way, he yearned to do something creative, which he later decided to satiate through short story writing.

A Keralite who grew up in the heart of Kolkata, Siddhartha’s cultural influences could not elude him. Hence, the humanistic philosophies of Satyajit Ray’s films, the mysticism in Tagore’s poetry and the Malayalam films of the 80s and 90s, showing the struggles of the common man, left a lasting impression on him. However, when it came to literature, the short story form of writing appealed to him the most, with the work of the greatest short story writers of all time—Chekov, Dostoevsky, O. Henry, Ruskin Bond and R. K. Narayan—leaving an indelible mark on his artistic leanings.

Siddhartha is also a blogger and regularly puts out his writings on his website www.whatsonsidsmind.com. Two and a Half Rainbows is his debut book.