Chirag Ajmera, a night owl and a poet, is on the lookout for experiences of life. In the real world, Chirag is a banker in the city of Vadodara, Gujarat. Sometimes, however, Chirag slips into the abstract and the fictional realm, to find answers on love, life and society. Chirag is extremely fond of Kishore Kumar, but could also be found watching the latest Hollywood movies, reading books, or watching the stock market on the news daily.

Raised in the capital city of Gujarat, Gandhinagar, Chirag is more of a book-coffee-balcony person. A tea lover, he could often be seen with his friends enjoying a cup of tea at various places in the city of Gandhinagar. It’s hard for him to say no to a hot cup of tea.

His first book, REAPER, was inspired by a poem he penned down during the September of 2019, titled, ‘It’s Not a Good Day to Die?’ Realizing the beauty of the story created in the hundred-line poem, he ventured on the quest to make it into a book. It was during the Lockdown of 2020, when he crafted the details of the story.

With this book, Chirag wishes to address the most basic need of the soul, the meaning of life. As humans, we are all given the gift of life and the task to make meaning out of it. Yash, the protagonist of the story, and the Reaper, an agent of Death, are on opposite sides of the line. It is only a matter of time before the Lord of Death takes things into his own hands.

Chirag Ajmera can be contacted by email at chirag.ajmera.2210@gmail.com 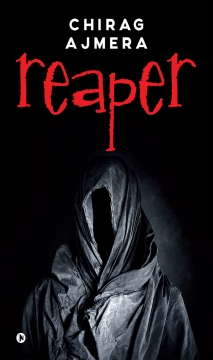