Born in a family of farmers in a small village Pairapur located in Vindhyakshetra between Kashi and Prayag, Dwivedi’s childhood passed through fields and cattle.  From very early age of 7 years, he started helping his 59 years old father in fields. Though sharp in studies, he felt embarrassed whenever he was forced by teacher to sit in the position of a MURGA and sound Kukkudu-Koo as punishment for his naughty acts which he could never control. For him a teacher appeared the most powerful creature on this earth. When told that he can become teacher in middle school if he scores highest marks in the class. He started burning mid night oils to hit the target. He worked in field day and nights; grazed cattle swam across rivers with cycle n school bag in one hand to reach college. When he saw teachers in college gossiping in their rooms instead of going to classrooms, he decided to b teacher there. He scored highest with great difficulty. Reached Allahabad University n was mesmerized after seeing the splendour of Readers n Professors. He resolved to become teacher there and with great difficulties struggled out in extreme circumstances n did it by scoring highest marks up to Post graduation. Seeing everybody in hostel talking about Civil Services and nobody of a teacher, he took on Civil Services Exams-the highest exams of the land- and cleared it in first attempt. His father- a farmer educated up to 4th class but with vast experience of a spiritual life - was the main inspiration in shaping his son’s life. Mr. Dwivedi served Central Govt. for 32 years and retired from Min. of Defence.

He is enjoying post retired life along with his wife in National Capital Region Greater Noida. Of two sons, one with his wife is associated with film/ TV serial making and resides in Mumbai. Wife- ex Capt. of Indian Army- propagates Indian culture/yoga/dance through Surangama - a cultural NGO. Other son along with his family is settled in California. Son is also Co- founder of an India based company. Daughter-in -law works at Google’s HQ. Family is blessed with two naughty but lovely kids. 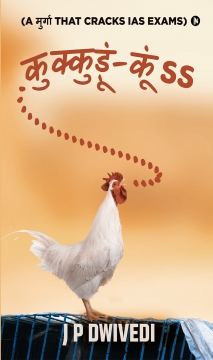