Thangadurai, fondly known as Tiger Thangadurai, is an Indian actor, comedian, writer and singer who works in the Tamil film and television industry. He has a Masters in Mass Media and Journalism. Skilled at mimicry, this talented artist is famous for his comic timing played on a variety of favourite yester-year jokes.

Thangadurai’s sense of humour makes him a thorough crowd-pleaser and entertainer who impresses people with his kadi jokes. He is famously part of Vijay TV’s Kalakapovadhu Yaaru, and his soaring popularity led to him being called Palaya Joke Thangadurai and Tharkolai Joke Thangadurai. He was presented the Best Comedian Award by Vijay TV.

Penning his infamous lines that have drowned people in laughter, Tiger Thangadurai becomes an author with his book Thangaduraiyin Tharkolai Jokes. 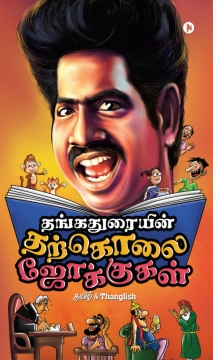