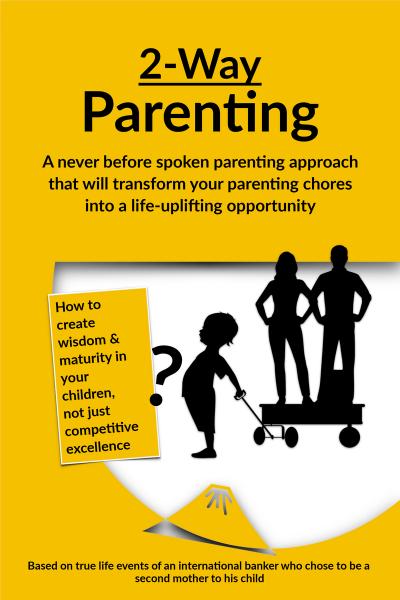 How do you raise children that have bearings of an emperor and a monk simultaneously? What is the true utility of emperor-monk bearings in children? How might it be delivered?

-Monk - a metaphor for human capabilities that transcend self-harm from lack of sense-control, but also achieve a higher level of enjoyment of the material gains.

-The emperor-monk metaphor sets a never before articulated benchmark in parenting. It is grounded in practical wisdom but with worldly knowledge that is deeper/wider than what we get from schools.

-Emperor-monk bearings will elevate children from the social & academic morass. It helps them achieve superior material excellence while minimizing getting beholden to the material world.

Easier said than done. How to implement something of this kind? Why do you need this book?

- Practical steps on how to build a deep and steady mind in your child via sensual literacy & worldview development. 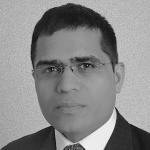 What is my personal story? What caused me to get engaged as a father?

I gave up a high-ranking banking career to support my wife soon after our son turned 2. Our son was born exceptionally energetic & slept just 2 -3 hours in the entire 24 hours. This ruined the immunity of his mother sending her to hospitals many times.

I wanted to support my wife but did not want my child to be raised by in-laws/babysitters. The problems emanated from the fact that my wife was just tired, and my child was not getting nourishment beyond food & clothing. I thus chose to throw myself into the situation and became a second mother to my son.

What specifically did I do to leverage the challenging situation in my family’s and child’s favor other than just being a resource?

To engage my son, who was 2 at that time, I created a >20 country travel itinerary along with a 14 part curriculum. Within a few years, I was pleased to see that my son turned out to be not just a normal child but a very bright one too! The medical prognosis was proven wrong.

My son has done well moving across multiple continents & adjusting to multiple societies. He continues to excel in his education while also learning 6 different scripts (Hindi, Arabic, Punjabi, Portuguese and Turkish in addition to English) and a clutch of languages.

He is well oriented to 13 different religions with rigorous training in 4 religions & two accompanying philosophies.

What was the impact of the approach on me? I discovered how teaching my own child was surprisingly the best way to enhance my capabilities as a professional & human being. My work efficiency increased by 4-5 times. Also broadened my mind especially by reducing arrogance & building humility.

Trained as a plant geneticist and molecular biologist with an MBA focussed on econometrics.