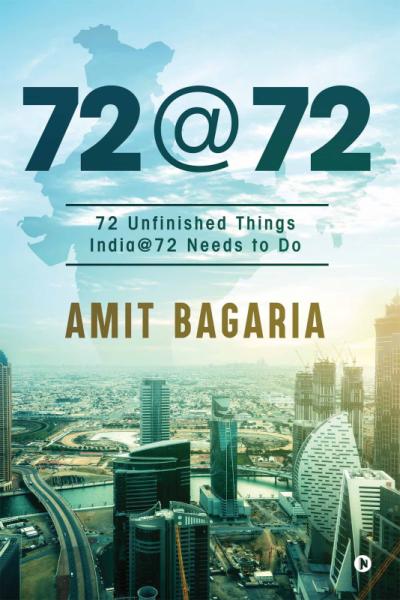 Most people who know me generally consider me to be a well-informed person.  In almost 35 years of adult life, I have had the unique experience of working in as many as 22 different (and often quiet varied or unconnected) industries/sectors.

I have had the opportunity to travel to almost all Indian states and all five continents, and the chance to interact with “famous” people such as Bill Clinton to PV Narasimha Rao, Sathya Sai Baba to Kanchi Shankaracharya, Sunil Dutt to Amitabh Bachchan, Mukesh Ambani to Kumar Mangalam Birla and Cyrus Mistry.

Thus, I’ve had the opportunity to see, listen and learn, which has been much more beneficial than college education. Having studied journalism, I am a news freak who is glued to TV without sleeping 72 hours when incidents such as 9/11 or 26/11 happen.

In my opinion (and I have been known for being outspoken), India is nowhere close to greatness. At the risk of sounding like a naysayer, I would say we were (until May 2014), and in many ways still are, closer to anarchy and chaos. I have read many books and opinion pieces, watched many TV interviews and heard a lot of gyaan from several gyaanis, but no one has come close to explaining what all is wrong with India, or how to fix it. I do not profess to be a philosopher or a visionary. But I do have some ideas, which I want to share with my countrymen … and a lot of the same would probably apply in many other nations as well.

All I heard was “the system is wrong … and it can’t be fixed”. After just 51 months of Modi as Prime Minister, people are wondering what WAS going on for 67 years before him.  Yes, the system is wrong … but IS BEING fixed, and this book just gives some additional ideas to Mr. Modi, but I woun't be surprised if he knows most of it and has it on his agenda.

This book outlines 72 items which are pending action from the governments over the years, as India nears 72 years of independence from the UK. The time has come to finish the uncomplete agenda.

Bengaluru based Amit Bagaria is a serial entrepreneur who became an author in late 2017. He has already authored six nonfiction books, this being his seventh.

He has completed these seven books in about ten months, and is reading (researching) and writing for about 80-90 hours a week towards achieving his self-established goal of “SIXTY BY SIXTY” – that is, authoring & publishing sixty books by the time he turns sixty in October, 2025.