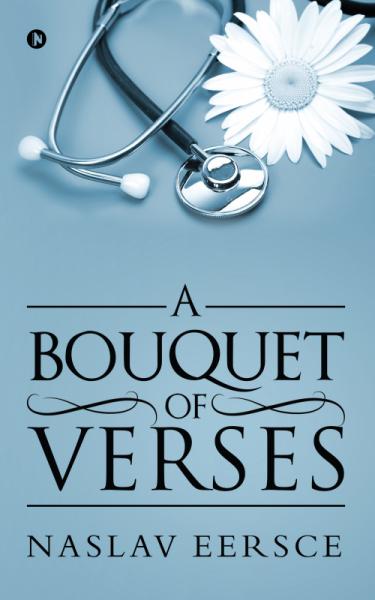 A Bouquet of Verses

“One aphorism, I managed to get, in fact,

Pointing, to a defective, generative tract.”

“We humans, during evolution, have acquired, I’m told,

Many features, from the surrounding animal world.”

E.C.Sreevalsan has written a book of poems. It is hard to believe that this is his first effort. Poetic works are not often seen, compared to prose. The language used is very simple and the readers will surely accept this presentation as a welcome addition to English literature. Even those who normally read only prose will find reading these poems, even the long ones, to be a pleasant experience. A few are knotty and a few others are naughty.

E.C.Sreevalsan was born at Syrium, in Myanmar. His father was a doctor in government service. He had a Jesuit education – his high school, being, Campion High School, Trichy and his collegiate education was at Loyola College, Chennai. He obtained his primary medical degree, from the College of Integrated Medicine and joined Tamil Nadu Medical Service on completion. He acquired further qualifications in allopathy (both, D.G.O., and M.D. at Madras Medical College) and finally retired in 1991 as Addl. Professor of Obs., & Gyn., Madras Medical College, Madras and settled at Rajakilpakkam, near Tambaram, Chennai.

He hails from a literary, matrilineal family from Mahe, in Kerala. His great grand uncle, E.K.Sukumaran was a literary stalwart, who was conferred the title ‘Chiri-Chakravarthi’ (Mirth Emperor) and his uncle E.C.Ramachandran was a prolific writer (popularly known as ‘E.C.R.’), who wrote fiction, in both Malayalam and English (especially, poems).

Currently, he is doing research using ayurvedic compounds for clinical conditions, like Azoospermia and Mullerian Dysgenesis, for which allopathy has no remedy.