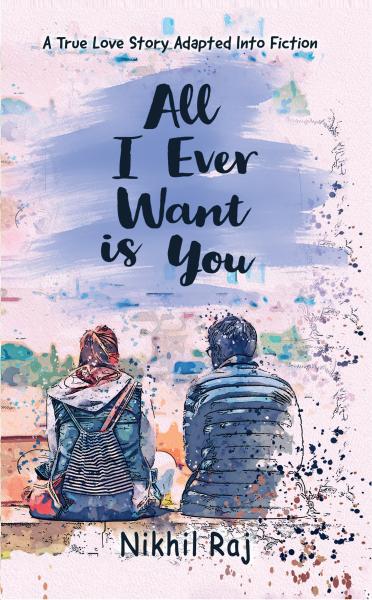 Sister is not what I wanted her to be, friendship was not enough, and I couldn't afford to lose her. So, the only way to live with her was by loving her.

Love is one of the most stupid things living organisms ever do, and what makes it more stupid is the journey of finding love. This is a new age journey inspired by some real stupidity. This is the story of Raj and Alisha, who travel through the wrecked roads of stupidity, called love.

Raj and Alisha meet at a family party and fall for each other, later they realise they love each other, but until then, they have drifted apart due to some family drama. ‘All I Ever Want Is You’ is the story of finding love, finding passion, and separation. This is a story that defines love, a journey that leads you to love your loved ones and yourself. 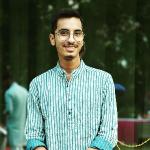 Nikhil Raj, the author has always dreamed of a career as a writer and a filmmaker. The 22-year-old aspiring writer and filmmaker is currently pursuing his graduation in Cinema at the esteemed Asian Academy of Film and Television.

Nikhil has made various short films. A recent release of his is “The Smiling Rickshawala”. Nikhil happens to be the writer and director of the short film.

He has also been the leading man in the short film, ‘Ajeeb Dastaan Hai Yeh’, which secured the seventh rank at an esteemed filmmaking challenge in Delhi. Nikhil had also written the story, screenplay and the dialogues of the film. Other than that, Nikhil also happens to be the Associate Director of the film.

Another, big film Nikhil did was ‘8 din ki Farwary’. This was a commercial short film, and Nikhil was appointed as an assistant director in the film. There are many more films, that Nikhil has worked in.

‘All I Ever Want Is You’ is the first book released by Nikhil Raj.

Other than books, in the last 14 months, Nikhil has been successful in writing over 3000 articles for various clients across the globe as a freelancer.

Nikhil is an excellent writer and his power of imagination has an unparalleled vogue. He has a very unique theory about his career. Nikhil wants to be a film-making-author. He planned his future in which the career of an author is given the place of his mother and film-making is well thought out as his wife.