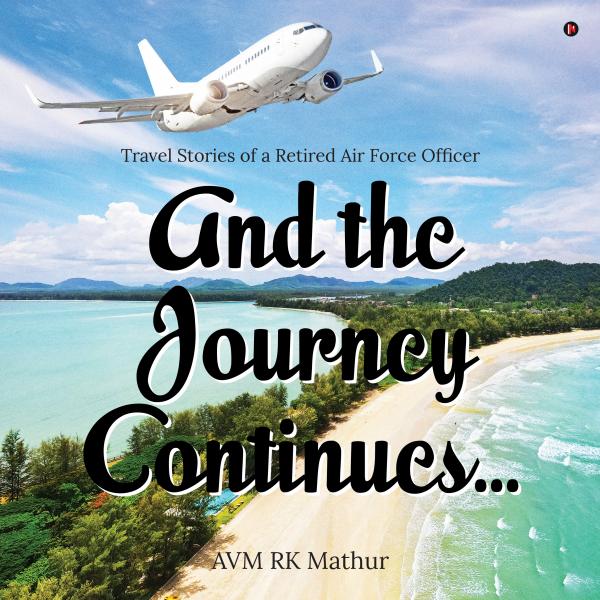 And the Journey Continues... Travel Stories of a Retired Air Force Officer

Traveling is not just fun and excitement. There is ample scientific research to suggest that it is highly beneficial for our physical, mental and emotional health. Most people tend to be happier when they are traveling and do not have to worry about any official or domestic work.

During my 30 years of service in the Indian Air Force, I got the opportunity to travel to many destinations across the country on posting. My wife, Prabha, and I became very fond of travel and experienced new horizons, which are continuing even after retirement. In fact, we became more active travel-wise as we had plenty of time and money; courtesy of the handsome pension provided by the Government and the children well settled abroad.

Traveling has been made very easy as the travel agencies make elaborate arrangements for stay and well-planned sightseeing agenda. We made full use of it and visited a few countries of our choice.

I am quite fond of writing and decided to reflect on our travel experiences in the form of travelogues which are included in this book. I sincerely hope that the readers will find these interesting.

Born in Jhalawar, Rajasthan, in August 1933, AVM (Retd.) Rajendra Kumar Mathur moved to Jaipur to pursue higher studies. There, he completed his M.Sc. in Physics and proceeded to serve as a lecturer for a few years. Later, upon selection through the UPSC, he joined the Indian Meteorological Department to perform weather forecasting duties. He later joined the Indian Air Force (IAF) in a similar capacity.

Joining the IAF proved to be lucky for him both personally and professionally. He went on to have a successful career, getting four promotions in just five years and elevated to the rank of Air Vice Marshal. He also met his better half, Prabha, when he was posted at the Air Force Station, Kanpur, and the couple got married in 1962.

After completing 30 years of service with IAF, he retired in 1989. The couple is now settled in Noida (NCR) where they lead a comfortable retired life. This year they have accomplished another milestone of completing six decades of successful married life, which is a very rare achievement. Even in their ninth decade of age, they are fond of singing and other cultural activities besides writing.

After his retirement, the couple has been extensively traveling and has visited several places within the country and around the world. In this collection, an attempt has been made to recapitulate memories of their trips in the form of travelogues.