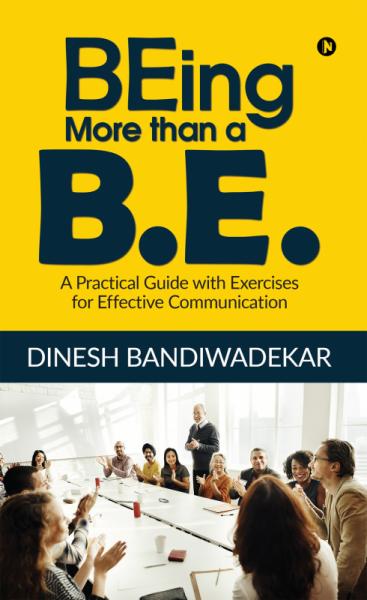 BEing more than a B.E. A Practical Guide with Exercises for Effective Communication

This book is a guide for corporate executives & managers to succeed in meetings, presentations, group discussions, public speaking, debating and interviews in English and for feeling comfortable in the modern office environment.

It focusses on the best possible usage of the English language at the workplace.   English has tremendous importance in all aspects of business, information technology, law, general management and in day-to-day life. If you are dealing with the world, English is possibly your passport to success. 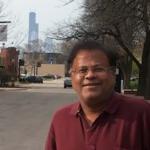 Dinesh Bandiwadekar has studied and worked in India, the Middle East and in the U.S.A.  His 30 years of work experience, mainly in business development, has taken him to over 25 countries. He started Persona Skill Development Institute in Thane, a suburb of Mumbai after working 30 years in many corporates, handling various functions in business development, marketing & sales. After personally training over 550 executives and managers (many from multinational companies and from the I.T. industry), he decided to document his practical exercises & training techniques in this book, which are also based on his work experience.

A VJTI Engineer- and an IIFT MBA, he worked for 10 years in senior management positions at RAK Ceramics PJSC in the U.A.E. He also worked in India at V.P. level positions in Pidilite Industries Ltd; the TPF Group of Europe, and a few other MNCs, after starting his career as an Engineer Trainee in Tata Electric Companies.  He is now a consultant to several engineering companies and also manages Persona Skill Development Institute full time.

He has written for over 20 international magazines and has contributed to the American Marketing Association’s journal—The Marketing Educator. He also worked as a Consulting Editor of the Arab Construction World magazine published from Lebanon from 2001-2003.

The book carries a foreword from Atul Bhobe, a renowned Structural Engineer and member of the Executive Committee of the TPF Group of Europe, which is a Euro 240 million engineering consultancy operating in 50 countries.