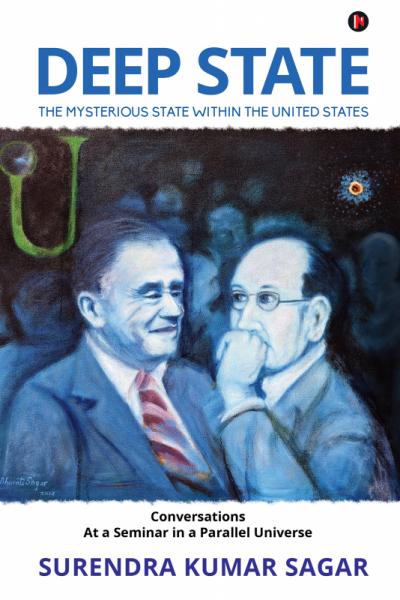 Deep State The Mysterious State Within the United States

EVIDENCE of the 9/11 truth lies in the statement “NEWTON’S LAWS CANNOT BE VIOLATED”.

Hence, there is evidence that there is a deep state of America that stage-manages conflicts and wars on Earth.

In an imaginary seminar entitled, SWITCHED ON, held in a parallel universe, a consensus was reached that the deep state of America, and a few other countries that comprised the powerful industrial groups concerned in the manufacture of arms, are doing their best in all countries to prevent the peaceful settlement of international disputes.

In the aforesaid seminar, they also discussed the steps to be taken to bring about a resolution of all the conflicts on Earth. The hypothetical seminar was cleverly designed to enable the predominantly GOOD STATE of America to finally take care of the deep state and ‘SWITCH ON’ the good times for the people of America and the rest of the world.

“The author makes a valiant attempt to awaken the conscience and common sense of the human beings so that we can ‘dismantle’ these deep states of the world and reach a new stage in our lives where we can look back on war as an incomprehensible aberration of our past.”

Painting on the cover by Bharati Sagar 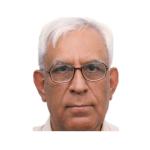 Surendra Kumar Sagar, 79, is a global award-winning structural engineer. He is currently the Technical Director in the Total Environment Group of companies. He is the author of four books on science, philosophy and the world situation. His philosophical views on the ‘Oneness of the Mind’ and his idea of an all-pervading ‘Intelligent Field’ out there that controls nature have added a significant new dimension to the quest for knowledge on philosophy, religion, spirituality, humanism and other similar paths towards formulating an integrative view of life and the universe. In talks at I.I.T Roorkee, N.I.A.S Bangalore, T.E.R.I Bangalore, etc., he has spoken extensively on a variety of subjects such as the ‘Standard Model Of Philosophy’, ‘Travelling Cosmic Mind’, ‘Intelligent Field’, ‘Nuclear Geopolitics’, etc.

He has a deep interest in a wide range of subjects and has written extensively on these on his website, www.sixwords.in.

Sagar currently lives with his wife, Bharati Sagar, a well-known artist, in Bangalore, India. They have two sons and three grandchildren.