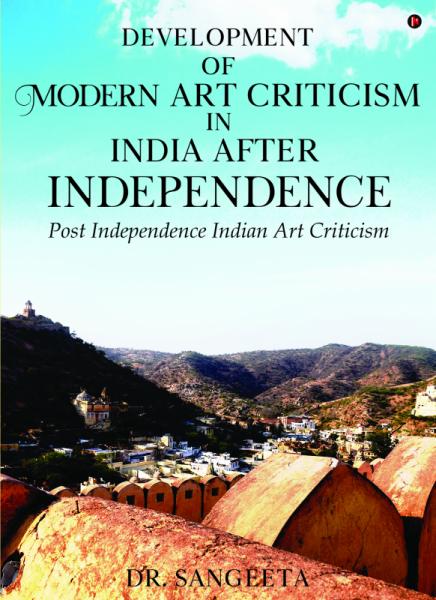 Any artistic creation, be it a painting or sculpture, initiates a reaction within us, invoking within us a desire to analyse or evaluate it. The criticism of art definitely has its presence. But the question is—in what form and of what relevance is it?

Art criticism is exclusively presented in the written form—it does not consist of descriptions of pictures, interpretations, or re-creations; but of something new and autonomous, related to the piece of art in some way. Criticism always gives us novel ideas for modern art, which in turn, enriches the Indian heritage.

Art has been part of our life since ancient times. Traditionally, Indian art writing was mainly composed of commentaries on courtly art conventions and on the poetic texts that inspired paintings and sculptures.

Since the 20th century, there has been a breakdown of established conceptions of meaning in the all streams of arts and several rapid changes in artistic style.

This book will help readers understand the journey of modern art criticism since Indian independence. It formulates as precisely as possible, the basic principles and norms that will enrich artistically sensitive laymen and critics alike.

The author, Dr. Sangeeta is a Jaipur-based artist and educator.

She believes in exploring art and works with a vision to bridge the gap between art, artists, and the society.

She usually uses brush techniques to express herself. With Development of Modern Art Criticism in India after Independence, she now begins her expression through writing.