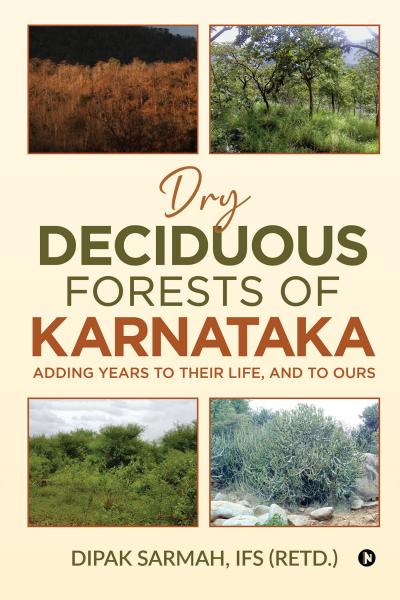 DRY DECIDUOUS FORESTS OF KARNATAKA – ADDING YEARS TO THEIR LIFE, AND TO OURS

Dry Deciduous Forests of Karnataka – Adding Years to Their Life, and to Ours attempts at highlighting various aspects of the dry deciduous forests which once covered large parts of the state of Karnataka and which now occur only in a few, scattered pockets, having been almost entirely wiped out from two vast regions covering three-fourths of the state, namely, interior Karnataka and the Eastern Plains. Although not as imposing as the moist deciduous, semi-evergreen and evergreen forests that are met with in the western part of the state, the dry deciduous forests have high ecological value in terms of biodiversity, soil and water conservation, climate moderation, medicinal properties, protection of agricultural land, etc. Although now restricted in patches dispersed over an almost limitless landscape, these forests have tremendous impact on the surrounding environment. More importantly, these are the last vestiges of natural vegetation in an expansive, open and parched region where the ominous signs of desertification are already perceptible. Conservation and development of these forests, by any means and before it is too late, is of utmost importance for the overall protection and amelioration of the surrounding environment of the state. An attempt has been made in the book in analyzing the various factors that were responsible for pushing these forests to their present dismal state, and in offering a few suggestions regarding restoration and rejuvenation of the vanishing forests. 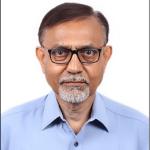 Shri Dipak Sarmah, a retired Indian Forest Service (1977) officer of the Karnataka cadre, started his career in the Western Ghats, serving in the region for more than a decade. He also served in the Government of India as Deputy Adviser, Planning Commission and as Deputy Inspector General of Forests, Forest Policy, MoEF (1991-1995). Later, he served in a number of positions in the Government of Karnataka including Secretary (Forest), PCCF (Wildlife) & Chief Wildlife Warden, superannuating in December 2013 as PCCF (Head of Forest Force). Post retirement, Shri Sarmah has been assisting the Karnataka Forest Department in the preparation of a number of documents such as Working Plans, Evaluation Reports, Cadre Review Report, Training Action Plan, etc. He has also assisted the Environmental Management and Policy Research Institute (EMPRI), Bangalore in compiling the State of Environment Report (SoER-2015) as chief editor. Shri Sarmah is the author of a number of books, namely, ‘Status of Forests of Karnataka’, ‘Forestry in Karnataka - A Journey of 150 Years’, ‘Forests of Karnataka – A Panoramic View’, ‘Wildlife Management in Karnataka – A Forester’s Perspective’, ‘Forestry in India during British Era – Karnataka Case-study’, and ‘Agroforestry in Karnataka – A Golden Opportunity for Green Growth’. In 2011, Shri Dipak Sarmah was nominated by the Hon’ble Supreme Court of India to the Monitoring Committee to supervise mining operations and sale of iron ore in Karnataka. He continues to serve as the Chairman of the Committee till date. He is currently the President of the ‘Institution of Agroforestry Farmers and Technologists ® (IAFT)’, Bengaluru, a non-government forum to promote agroforestry.