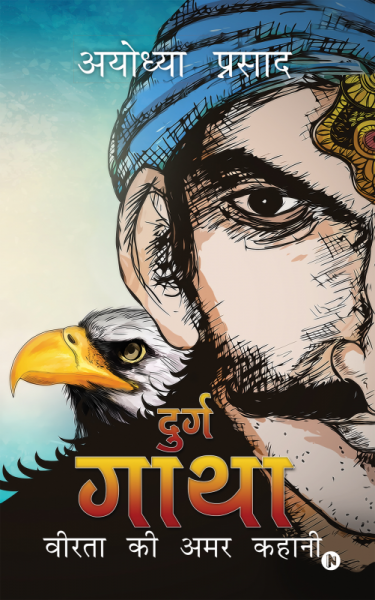 In the last decades of the 17th Century, when Aurangzeb was spreading his rule of hatred, the dynasty of Marwar was facing its toughest challenge. Its ruler Jaswant Singh died while campaigning in Afghanistan, leaving no heir. This was an opportunity for Aurangzeb to impose his rule over the region. But one Rajput warrior displayed a rare combination of intelligence and reckless valor while fighting against the odds. This is the story of that soldier – this is an epic saga about Veer Durgadas.

Ayodhya Prasad Gaur is a corporate communications professional, theater artist, avid traveler, motivational speaker and a writer who roams around constantly and stays in Jodhpur, the Blue City, on weekends.

He started writing while pursuing his master’s degree at JNV University and later worked for regional and national newspapers including Hindustan Times. His first book, a biographical novel about the life and time of the last queen of Marwar, has been termed as the ‘first biographical novel’ in Hindi literature.

He has published his works in many national and regional magazines including India Today. He won the Jaycees Annual Award for the ‘Young Achiever of the Year’ in 2003.

He is also known for being associated with theatre activities and has been featured in live plays and on radio and TV. He also manages a number of blogs / internet communities.

He is the Secretary of the Mahrishi Education Society and the Mahrishi International Award Committee. He is a founding member of the Jodhpur Press Club and the Rajasthan Heritage and Nature Society (RAJHANS).

He holds the credit of implementing projects like Theatre in Education and Community Radio Programmes across Rajasthan. He was actively associated as visiting faculty at management and mass communications institutes. He is an invited speaker with the Hindu Business Line Club, an initiative of The Hindu.