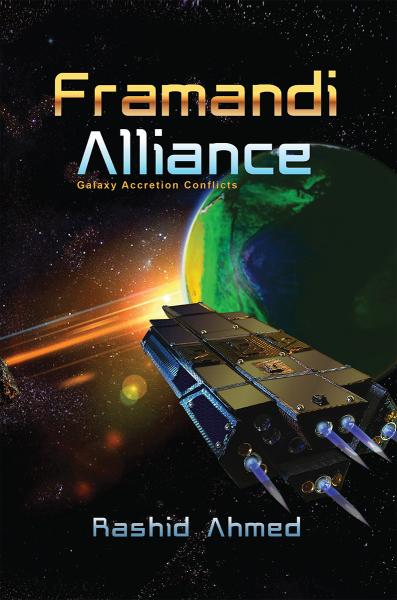 Tasked with exploring an anomaly in space, Icelandic transhuman twins Jón and Ásta along with the crew of Átt, make first contact with a species seeking passage through the solar system. They learn of an ancient, ongoing, intergalactic confrontation, between the Canis Major Dwarf Galaxy and Milky Way.

As galaxies merge, territorial conflicts have been reignited. And, it’s consuming civilizations.

Allying with the knowledgeable Framandi, the crew undertake a multi-system journey, confronting the advanced Gigils, a species that could devastate Earth. The alliance salvages a relic Kilig infiltration spacecraft, leftover from an ancient battle, and installs a second-generation human AI named Kei to operate the ship.

Merging with the existing AI aboard the Kilig vessel, Kei’s objectives change as it realizes that wetware enhances its abilities. The AI attempts to infiltrate and subjugate Framandi and Gigil minds; then turns its attention to Earth.

Now, all independent, intelligent life is vulnerable. Jón and Ásta must overcome vastly superior odds, to protect the world they love. 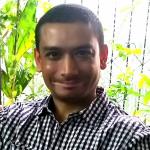 Rashid Ahmed is a science fiction author and digital marketing specialist. He’s always been interested in technology, its evolution and impact. Having held various advertising and marketing roles, he’s evolved into a weaver of stories. Aimed at readers who like immersive experiences, Rashid’s writing balances concept detailing with extrapolated science and reader comprehension. His interests also include economics, sustainability, ecosystem restoration and permaculture.