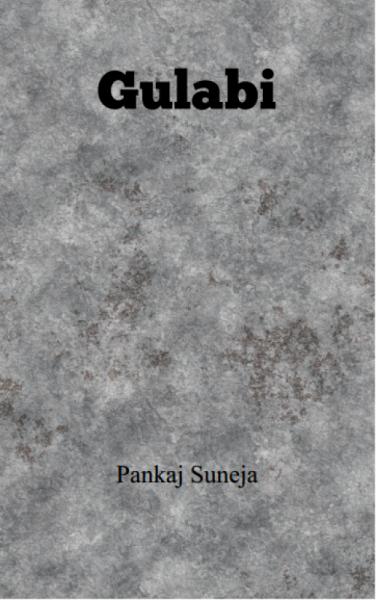 Schizophrenia is challenging disorder often characterized by abnormal social behaviour and a significantly altered perception of reality. Its treatment largely depends on medications and psychosocial interventions but no single approach is widely considered effective for all patients. Through this book the author offer the readers a glimpse into the multifaceted world of schizophrenia in the form of fictitious storyline revolving around two characters Monty (the psychotic part) and Virginia (the non psychotic part). The boundary between the two is permeable. Monty conjures up ‘Gulabi’, following his abrupt separation from his long time partner, while Virginia, having suffered from a personal loss sets out to follow her lifelong aspiration to travel the world.

Pankaj Suneja recently completed his Master of Arts in Psychology (Psychosocial Clinical Studies) from Ambedkar University, Delhi. In 2011-12, Pankaj suffered from a psychotic episode and had to leave his studies. With the help of medication and the support of his family and teachers, he regained his health and resumed studies.

In October 2013, during one of the experiments for his thesis work he attempted to survive without his medications. The idea was to understand the occurrence of a psychotic episode in as authentic a manner as possible. Medication would have interfered with this process. In the winter break of the same year he experienced a painful breakdown of his long-term relationship. At the same time, his family also moved away after having spent some time with him. In December 2013, at the height of loneliness, he began hallucinating about ‘Gulabi’. She disappeared a month later. Soon after, Pankaj suffered from a psychotic relapse.

His thesis work has been about understanding the experience of psychosis or schizophrenia. His writings have been regarded as authentic, profound and eccentric yet, so, so meaningful and insightful.

Most of Pankaj’s readers from the college community have termed his work intriguing. They liked the multiple narratives and how each one of them has a personal struggle. Some others thought it was soothing and enjoyed reading it. Another section found it to be thought-provoking, inspiring and ‘something to hold on to’.