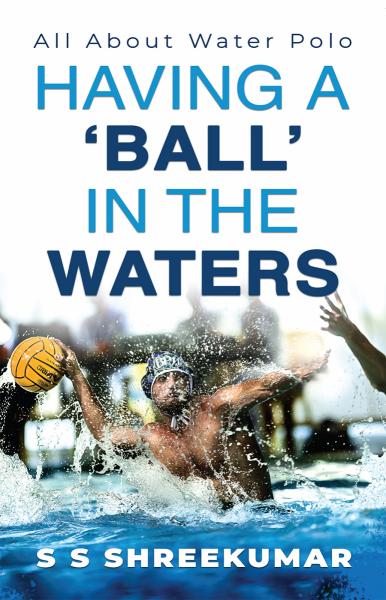 Having a 'Ball' in the Waters All About Water Polo

A first of its kind book in the country on water polo, the legends of the sport, about players who have brought laurels to the State and the country, the Olympic Games and World championship stars, etc. It is about the tremendous popularity water polo enjoys in many nations and the need to promote it in others as well. It also has some stats and records about the sport at the highest levels to keep you occupied. Written and compiled by the immensely popular, accomplished and knowledgeable S. S. Shreekumar, a senior sports journalist, commentator and author. Indeed, the book holds a lot of water! Read on… 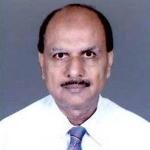 S. S. Shreekumar is a senior sports journalist, radio and television commentator. He did his Bachelor of Arts from Bangalore University and his P. G. Diploma in Journalism from the Bharatiya Vidya Bhavan, Bangalore, with flying colors, winning awards for being the best student in editing and essay writing. He was a footballer having represented his colleges and Bangalore University. As a professional footballer, he played for many top clubs and was also a qualified referee.

Shreekumar worked as a freelance journalist at the Times of Deccan before stints with The Times, The Times of India, (Bangalore and Kolkata editions), Indian Express, Deccan Herald and New Indian Express between 1984 and 2016.

Shreekumar has covered all major sporting events, including some major aquatic meets, with specialization in soccer writing. He has also done live commentary on national aquatics for Doordarshan.

Shreekumar served as the president, secretary, and other posts of the Sports Writersʼ Association of Bangalore in different periods from 1984. He also served as the vice president of the Sports Journalists Federation of India. He received the Karnataka Dasara Award in 1995 and the Karnataka Olympic Association Award in 2007. In 2019, he co-authored Playback, a book on sports legends. In 2020, he wrote a book on Indian football, The Best Way Forward, and Karnataka football, Icons and Issues. In 2021, he wrote a book on Karnataka’s cricketers, Hall of Fame and Its Corridors and Living the Dream, the biography of hockey legend M. P. Ganesh.