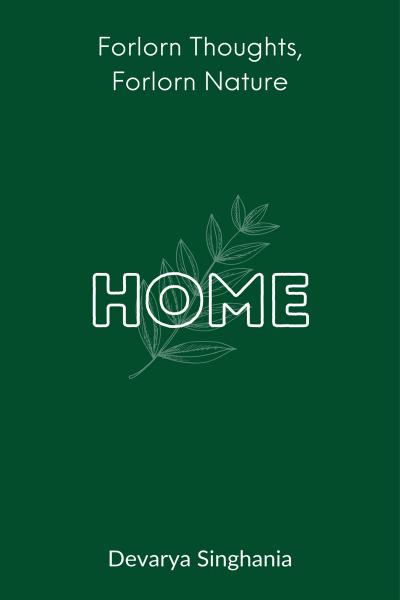 Home An Ode to Nature

Nature by definition is the phenomena of the physical world. Yet, we stand abusive, irrational and compulsive towards its devastation.

How would one react if they couldn’t breathe the sanctity of life tomorrow? A filler to our ill fate, a statement to our monstrous greed.

Home is an ode to nature; concerned about how it is being continuously degraded, it attempts to provoke questions within your mind, and assist in protecting it.

There is no substitute for nature. She is the provider of life. She established our home. She helps us live. Perhaps an attempt to reconnect with the Romantic era too, Home serves as a medium for you to reflect on your actions and their consequences on nature.

Sow a seed of solution, and watch prosperity bloom. 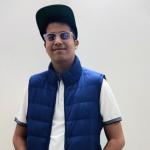 Devarya Singhania is a student currently studying in The International School Bangalore, subsequently he has a genuine interest for poetry. He chose to start writing as it aided him in exemplifying his poetic adore. He is of a strong opinion which regards with the idea of his generation being solely responsible for the future, which in his belief is the time-period after the next five years.

He further condemns the lack of empathy which exists in the society today. Due to his opinion about his generation being responsible for the future, he is striving to engage his peers with his opinions and trying to amplify his concern.

He stands as an immense fan of William Shakespeare, Fredrick Nietzsche, and Lao Tzu, to name a few. He also enjoys watching India play cricket, only when he is able to advise behind the diminutive screen.

He would gladly stop in the hallway to strike a conversation about religion, politics, cricket or simply to brag about his music taste. On a typical afternoon, you could find him gazing at his laptop screen, randomly dancing or simply losing himself in lyrics of songs as if he were the person singing.