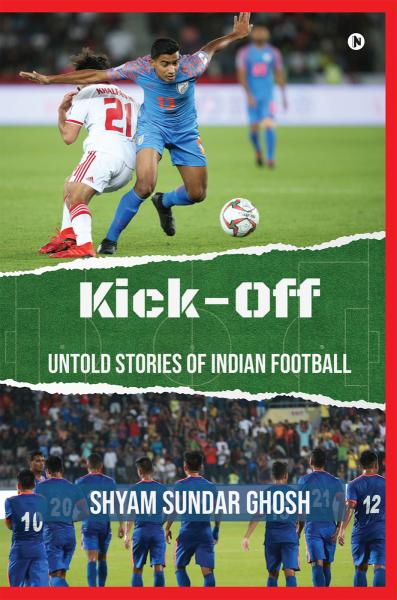 Sportswriters were critical. There were no concrete plans for the national football team. No sustained or coherent training. Unfortunately, the Indian teams were mocked. Ciric Milovan, the Yugoslavia coach, who had served as the Indian coach for a brief period in the 80s, made us believe that India can give a good account against any country in the world. Many of us remembered how Indian footballers put up a brave fight against Carlos Bilardo's probable World Cup squad of Argentina at the Eden Gardens. But why had he left the country? Utter disgrace. And, before he left the country what was his comment? It is revealed in pages of Kick off.

What is India's National Football League? I have often faced the question even from my friends in the Asian Football Confederation, blissfully unaware that it does not have a National League. FIFA guidelines do not allow any private company to run a National League. Yet, AIFF signed an agreement with the founding Chairperson of Football Sports Development Limited (FSDL), Mrs. Nita Ambani, wife of India's richest business personality, Mukesh Ambani. Incidentally, India is the only soccer-playing nation where promotion or relegation rules do not exist.

It was argued by the AIFF President, Mr. Praful Patel, the former Union Minister, that under the patronage of a corporate house, Indian football would make tremendous progress, particularly with the introduction of ISL, the Professional League.

Shyam Sundar Ghosh is a former Sports Editor of The Statesman as well it's Bengali publications , Danik Statesman ( 1971 to 2003 ; 2005 to 2015 ).His passionate involvement with football allowed him to become one of the best-known football writers and commentators not only in India but also with a global reputation. He was the first journalist from India to cover the Spain World Cup in 1982 and the only journalist from the sub-continent to cover seven editions of the World Cup in 1982 (Spain), 1986 (Mexico), 1990 (Italy), 1994 (USA), 1998 (France), 2002 (South Korea & Japan) and 2006 (Germany). He was the first person from the Indian football fraternity to visit Brazil and study the club structure, training facilities, fans and, above all, Jogo Bonito stands. Ghosh also had the opportunity to cover the Euro Cup in Sweden in 1992. He also covered four successive Olympics in 1984 (Los Angeles), 1988 (Seoul), 1992 (Barcelona), 1996 (Atlanta) and three Asian Games in 1982 (New Delhi), 1990 (China) and 1998 (Bangkok).