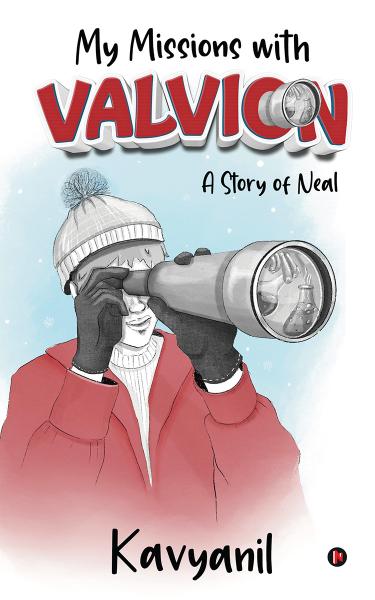 My Missions with Valvion A Story of Neal

This book is written by a ten-year-old kid, Kavyanil Das.

The story is about a boy, Neal, who was out of school and took some time to understand what profession suited him the best. After travelling many places around the globe, Neal joined a secret organization – ‘Valvion’ as a special force official and took up many adventurous missions across different geographies. Being the protagonist, Neal depicted his thrilling experiences how he helped different government organizations and countries in fighting against criminality, fraud and insecurity.

Read how Neal cracked the code of ‘The Presler’ in San Francisco, caught Volta Seers in Dubai, neutralized Dr. James in the Icy Lab in Canada while making a harmful potion, hacked intel in Egypt, defused underwater bombs in the Golden Gate Bridge, partnered with ‘Cankillian’ to get Robots to fight with a large Spaceship and many more such stories… Also, do you want to know what kind of high-end cars and armory he possessed? Jump into the reading voyage...

Sing with us the slogan of Valvion:

Fight for Good, round the Clock! 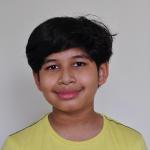 He was born in New Delhi in December 2010 and his home state is Assam.  Currently, he is residing in Bangalore with his parents, Madhumita Phukan and Rupak Das.

Kavyanil loves drawing, playing football and traveling around with his parents. He is also fond of watching adventurous movies, reading storybooks, and playing computer games. Cooking with his father and singing with his mother are his favorite moments.

He started writing a diary at the age of nine. As there was not much happening around during the pandemic time, Kavyanil started jotting down his imaginations in his diary, which eventually turned out to be his first book.

He wrote many stories and poems and won many accolades in writings and drawings.

In co-curricular activities like Olympiads, Spell Bee and LogiQuid, Kavyanil has excelled and received many recognitions. He is a Brown belt holder in Karate.