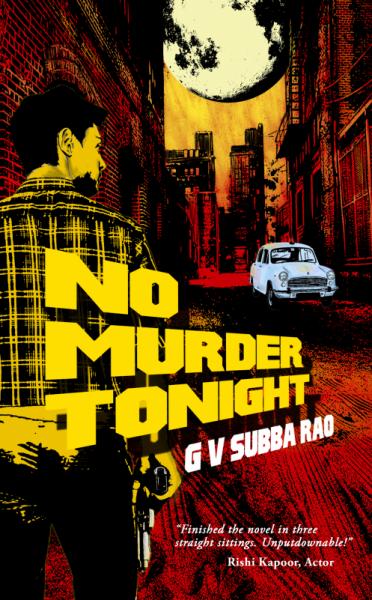 Finished the novel in three straight sittings which is quite rare for a reader like me. Simply because I found it unputdownable and was constantly curious to know how the story would unfold. -Rishi Kapoor, Actor

A very fine book. The characters are believable, intriguing and smart. The narrative was from the wheels of Lewis Hamilton and the finish had the flourish of a James Bond film. -Suhasini

Friday, October 17, 9pm. All forces are converging in Chennai.

Swapna, a medical student turned into the city’s highest-priced madam.

In the eye of the storm is the all-powerful, Power Minister, Salem Palaniswamy whose lust for power and money corrupts the lives and dreams of the innocent.

With love, honour and revenge in the air, and a 1000 crores of unaccounted money at stake, the question is… will there be murder tonight?

A post graduate with an MPhil in English Literature, Subba Rao hails from a family that’s deeply steeped in music and the arts. His father, Gollapudi Maruthi Rao, is a well-known Telugu author, award-winning playwright and screenplay writer, as well as a film actor of repute. His grandfather, Padma Bhushan Dr. Sripada Pinnakapani, was a doyen of Carnatic music.

It is no surprise that this businessman and avid traveller turned to writing, penning travelogues for newspapers and magazines. His articles have been published in the Deccan Chronicle, The Hans India and the Ashvarttha, a wellness magazine.

Rao now turns an author with this debut novel, ‘No Murder Tonight’, an edge-of-the-seat thriller.

He waits for your feedback at subbaraogv1962@gmail.com.