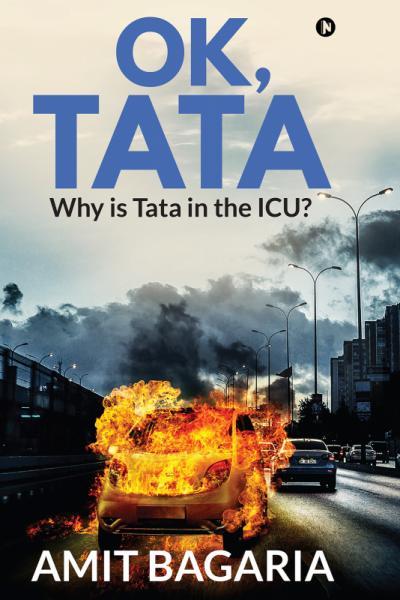 Amit writes a riveting history of the Tata group and captures the sense of nostalgia associated with JRD Tata and the early industrial efforts. Importantly, Amit takes a contrarian view of the carefully cultivated image of the group, it’s inflexion points and the family.​

The difference between an “Entrepreneur” and an “Investor” became more distinct to me after i read this book. While most Investors judge a company by its “data’ an entrepreneur will mine that data, and Amit has done in his own unique and through manner, which I must say is very engaging and an eye opener.This book by Amit is has insights and revelations about the most trusted companies we have known in India.

A frank voice that opines in a no-holds-barred manner, he plays not only the single role of an author, but also that of part historian, part observer, part journalist, and part critic. Loaded with data, figures, graphs, and photographs, this quick handy guide about the Tatas is a researched compendium replete with analysis and commentary.

OK Tata is another example of what Amit does best - challenging perspectives. The book doesn't force its ideas on the reader, it rather keeps it open and lets the reader draw their conclusions. It has a bold take on Mr. Ratan Tata and the legacy surrounding him. Pick it up and you are guaranteed a roller coaster ride into the world of Tatas even though you may not agree with it all. Amit - you have done it again.​

Amit Bagaria is a serial entrepreneur based in Bangalore. An out-of-the-box thinker, thought leader and marketing whiz, he excels at challenging fixated mind-sets of the majority in India.