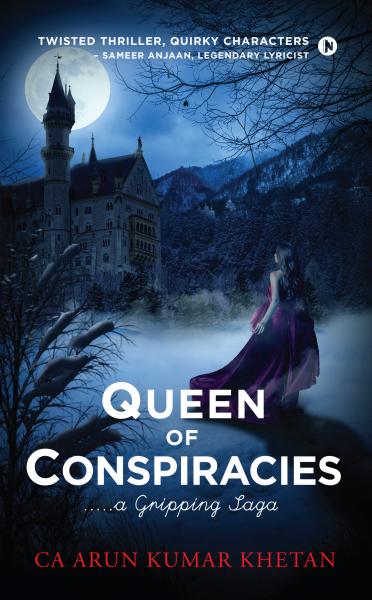 Queen of Conspiracies …..a Gripping Saga

……. three bodies occupied that sprawling …... bungalow in Juhu. While the man’s torso was lying sunken in a comfortable reclining armchair next to a king-size bed, …. his wretchedly stretched motionless head lay partially tilted to the right, clearly exposing his badly bruised neck.

His eyes were wide open with deep reddish linings giving a frightening look…. His nightdress’ bottoms were open till the naval and there were multiple round shaped burn marks on his forehead, cheeks and chest, possibly from a cigarette as a few residual cigarette butts were lying around the chair. In addition, one of his ears had partly been chopped-off by a sharp object………

…. In this living room below, a lifeless body in white trousers and shirt was lying flat, facing the floor with his face amid a pool of dried blood; the blood had also spread to the carpet nearby and had almost dried by now………Other than the back of his head – which had a large blood-clotted injury mark, no other part of his face was visible.

…. On the kitchen floor, a woman in her late thirties was lying dead on her back with her eyes wide open with a frightened look, while her hands were stretched sideways. 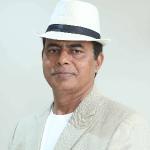 Arun, is a consummate corporate Professional having over three decades of rich experience in engineering, media, sports and education Industries. He is a qualified Chartered Accountant.

He was the CEO and Whole time Director of M/S M.T. Educare Limited, an Essel group Company till March 2021. Before this he held similar leadership positions in several top companies. He has been bestowed with many awards and accolades for his contribution to the education and franchising industries. Also, he has been credited with introducing some of the best-in-class products in the education industry as the head honcho of Zee Interactive Learning Systems Ltd (currently Zee Learn Ltd) as its CEO Viz; Kidzee – the largest preschool chain, MLZS – chain of K12 schools, ZIMA – film and television school etc.

Being a marquee speaker in Education and Franchising, he is widely travelled across India and abroad to share his views with August assemblies on subjects related to business, economy, entrepreneurship, franchising and education.

His strong management and entrepreneurial skills, have helped him impart consulting to media and entertainment companies, Tata Group Companies and leading Real Estate companies in India.

An avid reader, his major interests revolve around management, national and international economy, technology and politics. He loves reading fiction and non-fiction books on various subjects and that’s what drove him to become an author.

This is his second fiction after ‘’Glam, Greed & Grit’’, his debut book, which is Crime fiction. He has articulated and strategized a lot of curricula and non-curricula-based content earlier.