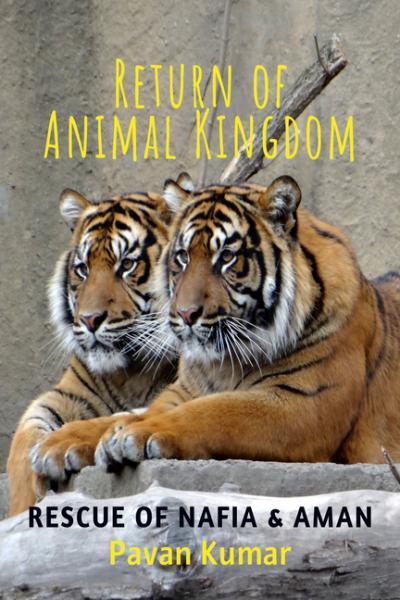 Roger, the Chief of Animal Kingdom, decides to act and rescue the tigers who are a highly endangered species. He sends a team to New York to rescue the two tigers from Zoo and shift them to a new home. The well planned operation involves numerous animals and birds in Kenya, Senegal and USA.

Will the Animal Kingdom rescue Nafia & Amal? Will Nafia & Amal get a new home to grow their species?

Pavan Kumar is an author of fiction, technology and management books. He is a vivid reader, traveller and speaker. The stories of his books revolve around our daily life covering emotions, passion and dreams. His simple language connects well with the readers, touches them and creates a lasting bond.