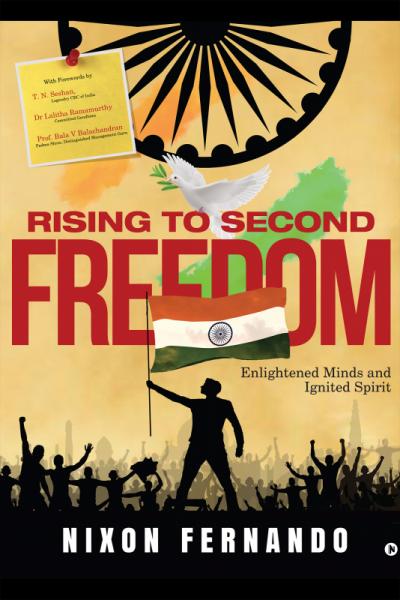 If at any time you have looked upon the happenings in India with deep anguish and longed for solutions this book is for you.

It brings together a set of timeless ancient ideas that have worked wonders when they were properly applied in the past; these ideas have been re-interpreted for the present India. The book also gives an action plan for the villages of India to journey into freedom through their own village self-initiative. In the search for a socio-political-economic solution for the difficult challenges faced by India the book delves into spiritualism and tradition without losing sight of scientific principles. This harmonizing between science and spirituality is unique about the book. Over all, the book seeks to inform Team India about the opportunities available for realizing India’s best potentials.

A revolution must happen in the villages of India. The governments of independent India, in their sincere but misplaced attempts at doing welfare for the villages, have been stifling village life, killing village initiatives, and muting village self-expression. They did not lack good intention but they did lack the conviction to implement Gandhian ideas. It is high time for the citizens in the villages to dispel the ignorance, to take initiative, and work in teams to unleash their potentials. When villages rise, India will transform. And surely they will because the answers emerge from Gandhiji’s vision, from the successful ‘village republics’ described in the Uttaramerur inscriptions and from the various present day successful village revolutions that have dotted the length and breadth of India.

India has had an uninterrupted civilisation for at least five thousand years. This is partly because our ancient wise have taught us to raise ourselves to excellence and freedom. The freedom the ancients talk about is not limited to the freedom the nation achieved at Independence. It is about life, liberty and the pursuit of happiness is flavoured by a deep self-understanding. It is about doing duties rather than asking for rights. And there is historical evidence to suggest that when this duty bound excellence manifested in the actions of the temporal powers, then under those temporal powers common people rose to excellence, happiness and prosperity.

In this time and age, all those wielding power be it in their homes, workplaces, communities or government, must understand how these levers turn. Understanding duty bound excellence as encoded in dharma will make India rise to be the thought leader of the 21st century.

His perspectives on the various aspects of Hinduism are well presented, and he makes a convincing case for the reader to pay heed to the intellectual giants of ancient India. In my view, this is an excellent book, and very briefly, it is a great tribute to Hinduism.

This book is a very valuable contribution by Mr Nixon Fernando to remove the apathy and indifference with which those in power look at development issues.

Nixon’s methods of drawing secular but spiritual wisdom from the works of the wise is sure to benefit serious thinkers and light up the path ahead a little more. 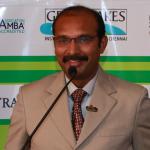 Nixon Fernando is an alumnus of the MIT School of Government, Pune, which in turn was built with the vision of creating Ethical, Spirited and Committed Political Leadership for the country. Having completed his Master’s Program in Government (MPG) in that institution, he subsequently went on to be its Course head for a year. He is closely associated with the founding Chairman of the School, the mercurial legend of the Election Commission of India Mr. TN Seshan, as his research assistant. He has completed an executive MBA from the AMBA accredited Great Lakes Institute of Management, Chennai, where he also served as a junior faculty for six years. He is a NET qualified MSc in Physics from the Karnatak University Dharwad. He taught for ten years at the Cradle of Military Leadership, the prestigious National Defence Academy, where he received a commendation for excellence in service. Though he excelled in education and extracurricular activities (topped in Physics at his college and also twice University blue in football), rather than use his talents towards building a career he has focused his energies on working on a solution to the problems facing India. A practising Christian, he is also greatly influenced by the Bhagwad Gita and his Guru Sirshree Tejparkhi of Tej Gyan Foundation fame. Having had the exposure of diverse subjects and skills, having lived in diverse backgrounds, having found harmony in diverse scriptures, he seeks to be a factivist offering hope for peace and prosperity in India and the world over.