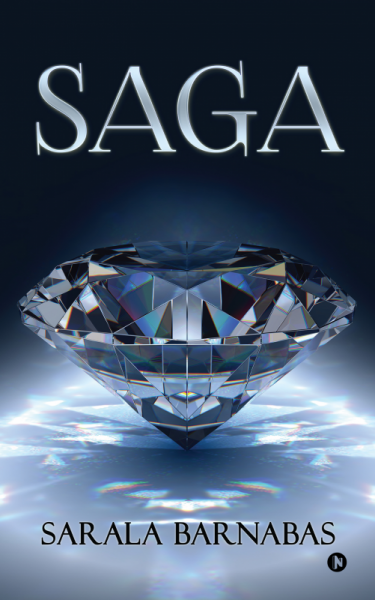 Saga And the Chandravats saga goes on

The former state of Divyasthala is proud of its Yuvraj, Amaraditya, of the Chandravats lineage, famed in Indian history. Very tall, striking in looks, he is an archaeologist extraordinaire, praised for his books. Involved in research, he has no thoughts of marriage.

For his next book, finding the right research assistant proves difficult till his niece suggests Alexandra (Xan) Beaumont Kanwal, who has a master’s degree in archaeology from London University. Amar has grave doubts about the girl’s youth and inexperience. However,the teamwork progresses wonderfully.

Word spreads that artifacts and skeletons are surfacing where the Emir of the oil-rich Atiq-uz-Zaman is planning to build a great complex. Amar and his Italian friend Rinaldi lead the excavation. Xan is an eager participant. Worldwide interest is evoked when the team unearths a long-lost kingdom and solves the mystery of its sudden disappearance.

Meanwhile, Amar and Xan develop feelings for each other but do not speak of them. Xan is aware of what Amar is, and that parting is inevitable. Amar thinks otherwise. He decides to pass on his inheritance to his brother if Xan is unacceptable as his wife. Can any way be found out of this contretemps that threatens to shake the state to its foundations?

Her father, Dr. B.P. Hivale, Ph.D. in Philosophy from Harvard University, was Head of the Department of Philosophy at Wilson College, Bombay, and was later the Founder of Ahmednagar College in Maharashtra, India.

Sarala has been Head of the Dept. of English, Ahmednagar College, and taught American Literature courses at the Pune University, Dept. of English. A very popular weekly columnist for a Marathi daily, she has written her memoirs and literary articles for anthologies.

A prolific and creative writer, she has published some twenty novels of distinction, including two trilogies­ –The Samartha Trilogy and The Anantpur Trilogy. Many of her novels have been translated into Hindi and Marathi. Her rich imagination and wonderful powers of expression have made her a masterstoryteller.

Both her children hold doctorates in Biochemistry. Her daughter, Nandita, has specialized in cancer research in USA. Her son, Rajneesh, is the Principal of AhmednagarCollege.