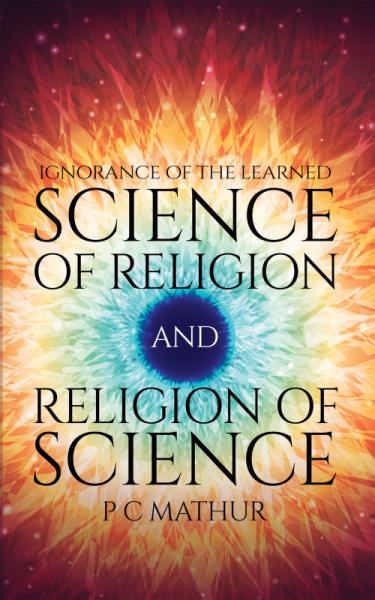 Science of Religion and Religion of Science Ignorance of the Learned

This book is about the ignorance of the learned.

Of all the civilisations of the world, India’s was one of the oldest and most scientific, but it met its grave in the land of its birth at the hands of its own people.

Religion was deliberately misconstrued by sinister and vested interests for commercial gains and to hold sway over the people.

The result – we are now a nation of mental weaklings.

Other religions of the world fare no better. The Church ruled science. Galileo’s case is exemplary. Islam’s cut-throat fundamentalism spearheaded by ISIS and al-Qaeda is a certain danger to the survival of humanity. Should they lay their hands on a nuclear bomb, it will be curtains for the world. For sure.

This is not religion.

The root cause of this evil is our misconception of true religion and true science. These are great forces working in consonance with each other.

At the Big Bang, there was one unifying force.

Science and religion unify the laws of nature.

If you and your generation want to live without fear of impending doom, appreciate this harmony of science and religion built in the universe.

This should be the law written on the conscience of the people.

No conflict. No pain.

The author is a technocrat and social worker. He is a life member of the Indian Science Congress. He works for the eradication of all types of social evils. He has interviewed hundreds of sadhus living on the myriad sprawling Ghats of the river Ganges at Haridwar. He has also closely interacted with many men of science. Anguished by the animosity of these two groups of people and the danger this poses, he decided to do his bit about it. This book is the result. He does not intend to teach or preach to people, but he wants people to decide for themselves.

He believes that the understanding of the colloidal nature of science and religion is necessary to have a rational society.

He requests people to follow good religion and good science for a happy life.