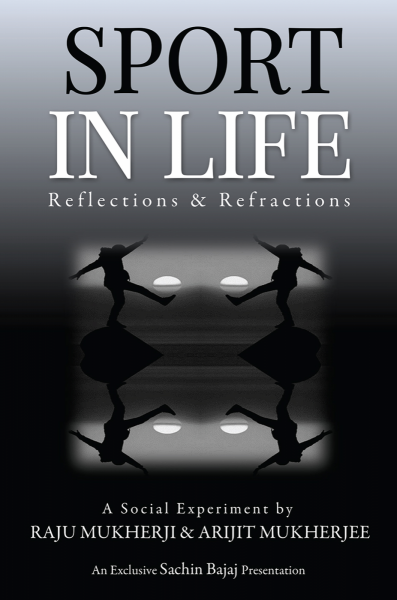 SPORT IN LIFE: Reflections & Refractions is a unique book authored by Raju Mukherji and Arijit Mukherjee, containing personal insightful nuggets with erudite views on Sport and its influence on society, politics and everything in between. The concepts and thoughts from Raju and Arijit are further reinstated through case studies from 22 contributors - A tapestry of experiences stitched together by their unwavering love for sports and what they took away long after they hung their boots.

Raju Mukherji (a Xaverian), born in 1950 in Calcutta, played first-class cricket for Bengal and East Zone and led these teams between 1978 and 1980. He mentored the Bengal U16s and U19s during the 1990s and served as Chairman, Senior Bengal Selection Committee. He is the first non-Test cricketer from India and only one from Bengal to become ICC International Match Referee. BCCI Talent Scout and Match Referee, including IPL, between 2004 and 2013. His flair for writing, storytelling and love for literature converted him to a freelance sports journalist and an author in 1980. He has authored three books, Cricket in India: Origin & Heroes, Eden Gardens: Legend & Romance and Cricket India: Tales Untold.

In 2003 Raju Mukherji founded Sports Management Studies in India with Indian Institute of Social Welfare & Business Management. He received the Lifetime Achievement Award from Calcutta Sports Journalists’ Association. The West Bengal State Government conferred him with an award and the title of “Banglar Gaurav” (Pride of Bengal).

Arijit Mukherjee was born in Calcutta in 1976. His romance with sports started during the very initial years of his life and continues till date. He played the game of cricket for his school (South Point & S.P. Mukherjee Inst.), college (Umesh Chandra), university (Calcutta University), district and clubs.

In 1995, he also made it to the State U19 probables. In 2001, after completing his Masters in Human Development from Visva Bharti University, he parted ways with competitive cricket and moved on to a different sphere of life. Since then, he has worked for four large global organizations. Currently, he works for a global bank and stays in Chennai with his wife and son.