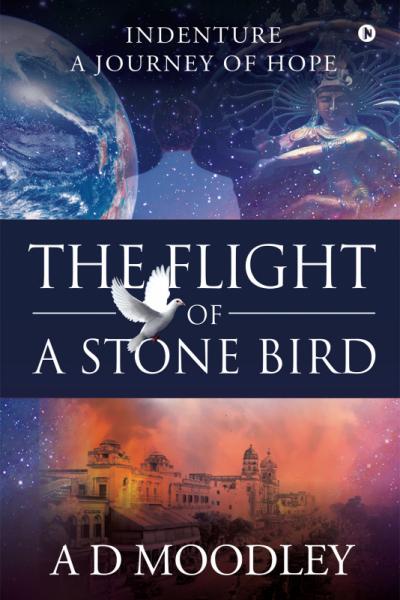 The Flight of A Stone Bird Indenture: A Journey of Hope

The Flight of A Stone Bird is about the triumph of the human spirit over the adversities that defined ‘indenture’ and its legacy.

In the struggle to unshackle their bondage, men and women scratched out niches with bloodied hands to write a chapter of their existence, a shared destiny and a common destination. From the fragments of a common past and a mutual predicament, another bond emerged – the ‘brotherhood’. Emotional, enduring and powerful, devoid of the vestiges of caste or religion, this bond, which became as intimate as real blood kinship, was cherished by men well into their twilight years as a memory of a shared ordeal and of solidarity against the antagonism and adversities of a hostile new world.

We shall forever remember those who built the steps we take.

At the age of 13, Arulpragasam Moodley presented an essay about the hero he admired the most. His hero was his grandfather Venkat Konar. During the latter part of the next twenty years, he held conversations with British people who were either born in or served time in India (to name a few, Denham Archer, Des Burns and Stephen Soane). Much later, he visited libraries in India and held discussions with Indians from the birthplace of his ancestors. (Chengalput, Seidepet, Coimbatore and Ayepakkum).

With the gathered information, 50 years after he presented the essay, he began to write The Flight of A Stone Bird. His admiration of ordinary men and women who exceeded the limits of endurance to achieve extraordinary feats of success to promote the advancement of culture, spirituality and humanitarianism, kindled the start of the adventure. The journey of his ancestors became his journey and it contributed to the bits being put together; it tells of the history of the indentured labourers, who overcame overwhelming challenges to build a future for their descendants.

Arulpragasam was educated at Sastri College in Durban, that was founded by The Right Honourable Srinivasa Sastri in 1929. He worked as an accountant for large corporations and for fifteen years before retirement, worked for State Departments in land and water rehabilitation programmes. He is now engaged in community welfare programmes for Non-Governmental Organisations.