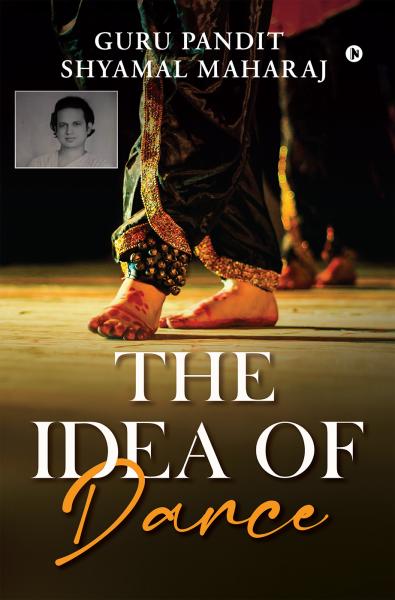 The Idea of Dance

The Idea of Dance is a culmination of Kathak Guru Pandit Shyamal Maharaj’s five-decade-long career as star performer and then beloved Guru to thousands of students. An alumnus of Visva-Bharati, Shantiniketan, and Kathak Kendra, New Delhi, Pandit Shyamal Maharaj has developed a unique style of Kathak, based on the Lucknow Gharana. This book exemplifies the Guru–Shishya parampara as the renowned Guru shares his in-depth knowledge of dance through it with students of Indian classical dance based in India and abroad.

The Idea of Dance is based on the syllabus provided by Pracheen Kala Kendra, Chandigarh, and various universities and is meant for students from Prarambhik Part I to those in their Seventh Year of Indian classical dance as well as for all others who have a deep interest in Indian classical dance and wish to acquire knowledge about it.

Guru Pandit Shyamal Maharaj is an alumnus of world-renowned institutions such as Visva-Bharati, Shantiniketan, and Kathak Kendra, New Delhi. He was a beloved disciple of the late Nrityacharya Pandit Shambhu Maharaj of the Lucknow Gharana of Kathak.

Guru Pandit Shyamal Maharaj has been a regular performer at Doordarshan Kendra Kolkata, Kathak Kendra, Bharatiya Kala Kendra, and Shanti Niketan Ashramic Sangha and with the Uday Shankar Ballet Troupe and Indian Revival Group. He is also a great tabla and pakhawaj player and regularly performs at special dance programs. He has won numerous scholarships, such as the Visva-Bharati merit scholarship and the Indian Cultural Trust scholarship, and awards from the Indian Institute of Science Education and Research, Kolkata, and Tata Steel, among others.

He is the founder-director of Gandharbalok Kala Kendra, an institute based in Kolkata dedicated to training children and adults in various Indian dance forms. Shyamal Maharaj is supported in this venture by his wife and disciple, Nrityasree Gitali Bose. Together, they have numerous performances in India and abroad.