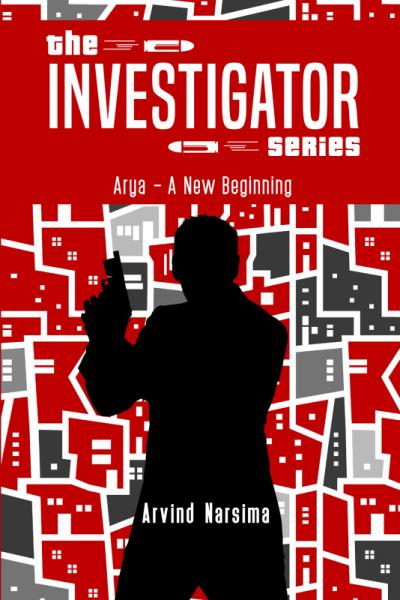 Arya is a handsome, shrewd, witty and an intelligent police officer. He fears no one and loves the Indian Penal Laws as much as he loves his life. He has a very daunting past – in Delhi and Ghaziabad, where he was accused of mass murders. But later, all the cases were dropped due to lack of evidence. Still, he had to spend eight gruelling months in a mental asylum.

Arya is brought to Chennai and commissioned to CB CID. He cleverly solves two complicated white collar murders – as if they were children’s puzzles. His senior, Shivani Verma, a young divorcee with a four-year-old daughter, initially hates him for his off-handed remarks but later starts liking him as her daughter, Payal, gets attached to Arya.

Arya’s past is vaguely revealed to Shivani by Neha and Shirly. When Shivani tries to get close to Arya, he is unfortunately thrown into a serious case where four consecutive murders shake the city.

Arya eventually also finds out about a jinxed web of relationships gone dangerously wrong because of greed, money, lust, unbelievable treachery and infidelity. He tries to save the unexpected murderer, when he learns that she’s pregnant but finally his loyalty towards the Law takes over.

This is the debut novel for the author, Arvind Narsima Mourty. The author lives in the beautiful Pondicherry along with his wife and daughter. He left a lucrative job to pursue a dream and a quest to become a celebrated writer. His area of interests lay largely in adventures and mysteries. An avid reader and a prolific writer, he has won many prizes and kudos for his creative writing. He has written many dramas, stories and poems that were performed during the memorable years of school and college. Few of his favourite writers include Robert Ludlum, Clive Cussler, John Grisham, Tom Clancy, Chetan Bhagat, Ashwin Sangi and Amish Tripati. Other than reading and writing, he loves to cook and extensively travel. The Investigator Series is the outcome of his interest in mystery and detective stories. "Arya – A New Beginning" is the first part of the investigator series. The other parts will follow soon.