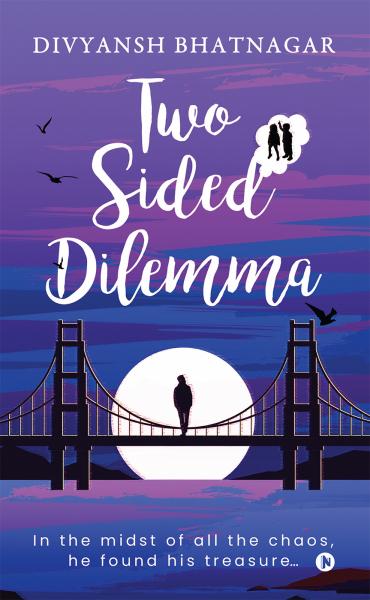 Two Sided Dilemma In the midst of all the chaos, he found his treasure…

Watching the kite ascend higher into the sky, ten-year-old Raghav felt butterflies run deep down his gut, inflating his desire to fly high in a supersonic jet. His kite, entangled with another, crashed onto the ground. The flight took off smoothly from the runway of her heart, only to be hit by turbulence and thunderstorms smashing the plane into an abandoned sea full of gloominess.

There he saw a lighthouse, a ray of hope. She became his lifeguard and taught him to swim through the storm. Like a guiding angel, she enlightened him towards the path of self-discovery leading to his journey to the island called ‘Bollywood.’

Raghav rode on a roller coaster encompassing love, passion, and conflicts. Hopping from one town to another in search of his purpose, he landed in the city of love and lights, Paris, where he saw the horizon, an illusion of his world merging with hers. But just like the two poles on Earth never meet, so was his destiny. On one side, he had Diya whom he could never get, and on the other side was Niharika whom he could never lose, and in the midst of all the chaos, he found his treasure.

Come along with him to discover his hidden treasure. Who knows! You might find yours too. 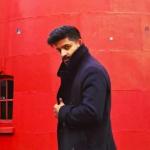 Divyansh Bhatnagar, born in Udaipur, grew up curious about science and dramatic towards cinema. Ever since he was a child, airplanes fascinated him the most which made him endeavour towards achieving academic excellence. He has cleared the Services Selection Board (SSB, Allahabad) Examination for the National Defence Academy, leading to self-exploration facing challenges and finding his true purpose in life. An engineer from Symbiosis, Pune, he went on to follow his passion for the performing arts. He has acted in several short films and theatre productions.

Currently, he lives in Paris, where he studied at a French Business School, and writes stories to satisfy the hunger of his soul.