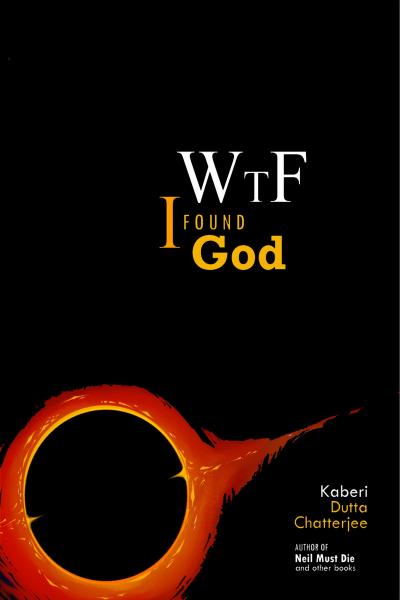 The relentless pursuit of God has been mankind’s favorite hobby. With ‘WtF I Found God’ Kaberi Dutta Chatterjee first debunks man’s “greatest hallucination”, and then establishes the existence of God through science, logic and proof.
Where was God/Allah now, that the Haiyan, in the form of the Taliban, are seated in power in Afghanistan, where common people and women shiver in fear?
Where was God during Covid-19, when He let millions die of asphyxiation, all alone, and their bodies towed away in plastic bags? Where was God when we watch helplessly our own fathers and mothers and children die? You mean to say nobody prayed in these times?
You mean to say no one prayed when the women and children were being sold as sex-slaves in Syria by the ISIS? Did God go to sleep when all the Jews were being gassed in World War II?
The Voyager 1, launched by NASA in 1977 has sped way past the Solar System, and found no bearded figure in white robes. So, where is God?
What started as a fun recording of what was floating around in the iCloud, became a personal journey of enlightenment for the author, who is an agnostic and anti-religious herself, and her personal journey to find God finally — "the asshole who apparently struck a matchstick, and fled".

Kaberi Dutta Chatterjee is an Indo-Canadian bi-lingual author, having written 6 books so far, mostly novels and short stories. Her latest book, "WTF! I Found God" is her first attempt at diving into non-fiction, which she claims was the “Calling” of her life. This book is also, what she calls, her magnum-opus.

Chatterjee has been a hard-nosed journalist, writer and editor for several media platforms for over 20 years in both India and Canada; post which she ventured into launching her own creations: a self-publishing house, FinalDraft Editing and Publishing Services, an online designer magazine, Citrus, and an authentic Bengali restaurant in Canada, The Hang-La. She is also an avid writer in her blog, Life and Laughter and a YouTube vlogger, where she documents her simple life in Canada, Canada Musings.

She has written the story and screenplay of the landmark Bengali film, ‘Mon Amour… Sesher Kabita Revisited’, and a Telefilm, ‘Onyo Basanta’.