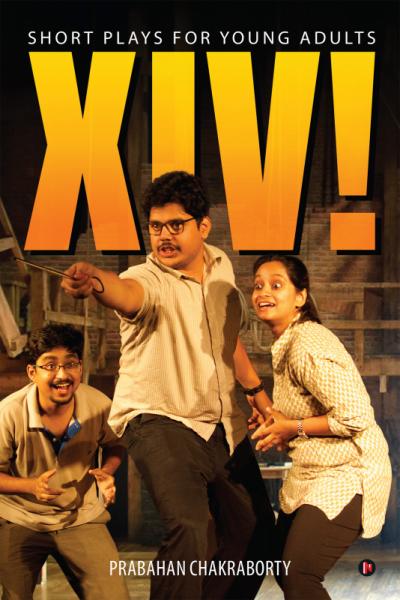 Theatre is one of the oldest yet most collaborative art forms in practice. It is a confluence of multiple streams of art. In a social context, theatre has been used as much as a source of entertainment as it has been as a voice of the people throughout its rich history. At the level of an individual, engaging in theatre explores creativity, helps build group dynamics and mines out core strengths forcing one to venture beyond one’s usual comfort zones. It is also currently being brought into the context of education and, in some instances, is being taught alongside regular curricula. Rooted in theatre, therefore, is a strong sense of belonging and dedication, all of which makes the act of crafting a play as enjoyable as the act of watching one.

This book contains fourteen short plays of varied theatrical forms, including physical theatre, musical theatre, absurd theatre, etc. The original plays in this collection have been written mostly for young adults and can be performed for a wide range of audience.

Prabahan Chakraborty, born on May 20, 1990, in Kolkata, is pursuing a PhD in Neuroscience from the National Centre for Biological Sciences, TIFR, Bengaluru.

Trained in theatre for over a decade by the late theatre legend Ramaprasad Banik, he has been a part of two state-honoured theatre productions (Mahabidya Primary and Ekla Pagol) under his tutelage for over sixty performances, and has also received a 4-year diploma in theatre from Nehru Children’s Museum, Kolkata. He has worked with eminent theatre directors including Raja Bhattacharya, Jeff Teare and Ashish Sen. Currently, as a part of the Bangalore-based theatre groups StageCraft, Rangmanch and Aamra, he has original productions in his credit as a playwright, director and actor. He trains as an improviser with the Improv group StageFright. He also conducts theatre workshops at NGOs and educational institutes around Bangalore where he engages with the young adult community.

Prabahan was awarded the ‘National Bal Shree Honour - 2004’ for Creative Scientific Innovation by former President, Dr. A.P.J. Abdul Kalam at Rashtrapati Bhavan. A recipient of the INSPIRE fellowship awarded by the Department of Science and Technology (DST), Govt. of India, he has represented India at ‘Global Young Scientists Summit, 2018’.

He has published two anthologies of Bengali poetry – Probaho and Ichhedana. XIV! is his first collection of original short plays written between 2014 and 2017.