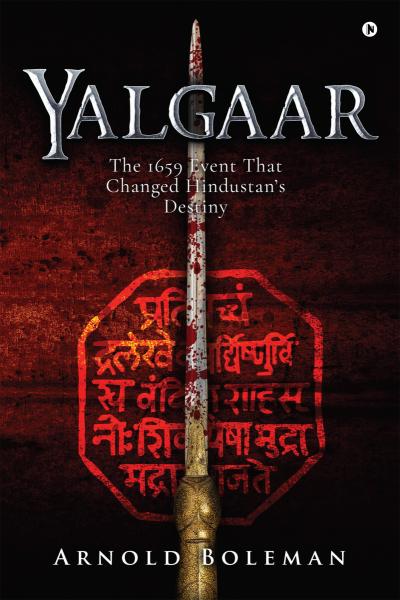 Title: Yalgaar
Product ID: 235478-1349832-Fic(SAP)-NED-T0-DHAN-REG-IND-GU-060821-44
ISBN: 9781639403158
Format: Paperback
Book Size: 6/9
Page Count: 240
Boleman has written a novel that captures the reader from the very start. I have read of many conflicts over the years but had never realized the utter violence and political maneuverings that helped shape modern-day India.
- Grant Leishman, Readers Favorite USA
My favorite aspect of this book was the author's writing style since each sentence brought details about culture, wars, geography, history, behaviors and religions.
- Gabrielle Tiemi, Online Book Club, USA
The realism Boleman conveys is so mind-boggling that you feel as if you are in the scenes with the characters. If you like stories steeped in historical details, culture, customs, and battles of life, death, and honor - both personal and spiritual - you will enjoy the powerful and entertaining Yalgaar by Arnold Boleman.
- Tammy Ruggles, Readers Favorite USA

1659. Maaval province, the hostile forest region between the spine of the Sahyadri mountain range and the Arabian sea. Native to proud, tenacious people living in an inhospitable landscape. Shattered after the rape of the women in his family, the young, hardscrabble Hiroji searches for self-identity and burns to exact revenge for his loss. His journey throws him into the cauldron of rape, loot, slavery, and pillage that has been ongoing in the Deccan for the last three hundred years. He pledges his sword to the charismatic leader of a native rebellion that is battling for independence against the tyranny of the foreign invading Islamic hordes who have created these conditions. What begins as a fight for survival, turns into a holy quest as he learns to change the rules of warfare to match the guile and barbarity of the enemy. Hiroji’s story is set against the backdrop of real people and events that happened during that blood-soaked year.

He is passionate about philosophy, travel, weapons, history and classical music.

In his other life, he has worked extensively in Europe, India, SE Asia, Hong Kong, and China in addition to North America.