Bidhya Bhusan Singh, Director of Energy Yoga Healing Centre, did his post-graduation in history with a specialization in spiritual movement in medieval India, from Patna University, India. He studied different religions along with their mystical aspects. Soon, his interest grew in yoga, and he learned the practical and theoretical aspects of yoga. He came into contact with many yogacharyas to understand its nuances.

¬To understand the therapeutic value of yoga, he studied Ayurveda, Naturopathy, Acupressure and other oriental theories of health management. To explain and understand the oriental theories in the light of modern science, he studied the basics of psychology, neurology and modern medical analysis. He started teaching yoga through camps, classes, lectures and pamphlets. These activities gave him very positive feedback as many patients were cured of their diseases. According to him, modern science has revealed many mechanics of the body, but the subtle nature of the body is still beyond its reach. 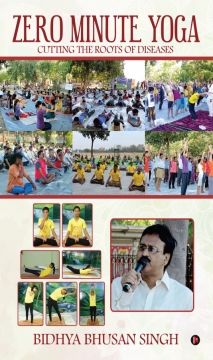 The body wears away like a raw earthen jar,

Make it strong by baking it in the fire of yoga.

The therapeutic value of yoga has been established by modern scientific research. The popularity of yoga has increased to maintain health and to k

The body wears away like a raw earthen jar,

Make it strong by baking it in the fire of yoga.

The therapeutic value of yoga has been established by modern scientific research. The popularity of yoga has increased to maintain health and to keep the body and mind in balance.

Many busy people such as journalists, students, marketing professionals, business people, and especially women, who have to do both home and office work, hardly spare any time to maintain their health. Many ailments like obesity, allergy, hypertension, diabetes, anxiety, insomnia etc., crop up. A short form of yogic practices is scheduled in such a way that it can be included in the daily routine and does not require any extra time or a yoga mat for practice.

All aspects of yoga like purification, asana, pranayam and meditation have been included in Zero Minute Yoga, which help to eliminate diseases and maintain good health. Some basic concepts of yoga have been discussed, which prepare the reader to understand the higher aspects of yoga.