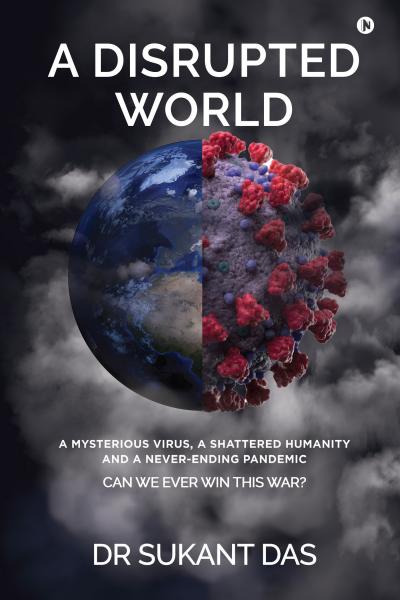 A Disrupted World A Mysterious Virus, A Shattered Humanity and a Never-Ending Pandemic CAN WE EVER WIN THIS WAR?

A mysterious virus from China takes the whole world in its grip within weeks, creating an unprecedented global pandemic. Third year into the pandemic, the world is still grappling to know mysteries behind origin of the virus. Did it come from the Wuhan animal market? Did it leak from the Wuhan Institute of Virology? Was it accidental or deliberate? With millions of lives lost, billions of lives shattered, and trillions lost in economy, geopolitical power equations are being rewritten every other day. In the spectre of a post-pandemic disruption, can the humbled superpower the United States of America, hold itself as the leader of free nations or lose its dominance to a resurgent China?

The meticulously researched book ‘A Disrupted World,’ covers such tantalising topics in a gripping manner. It then unravels grim milestones in India’s tryst with the pandemic, the unlearnt lessons from the first wave that ultimately led to a catastrophic second wave, leaving behind a trail of despair, devastation, and death. It also highlights the plight of the common man caught between a pandemic on the one hand and an infodemic on the other, his world shattered by fear, loss, and grief.

The book touches upon the basics of the structure of the virus and its variants, highlighting the amazing science behind the development of Covid 19 vaccines in record time, reiterating the dangers arising out of emerging variants and critically asking how long the existing vaccines can save us from these emerging variants? And how far are we from the arrival of an elusive cure? And finally, it takes us all through the most pertinent question- Can we ever win the war against the pandemic, or Will it go on forever? 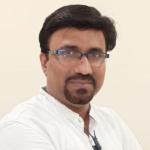 Dr.Sukant Das is a medical doctor with advanced training in the field of Kidney transplantation and Nephrology. Being at the forefront of the battle against Covid 19 as a practising doctor as well as an inquisitive individual, he has been constantly raising awareness about the pandemic through his blogs, videos, and posts on social media. He has often taken a contrarian view challenging the conventional notions and narratives built around the pandemic. His intellectual interests include cinema, literature, popular culture, and contemporary socio-political history of the world. He is a Fellow in Nephrology (DM) and a Doctor of Medicine (MD). He blogs at https://skdasblog.in/ and has a YouTube channel at https://www.youtube.com/channel/UCJ6-0YmaR_dah8onhbH2cVA