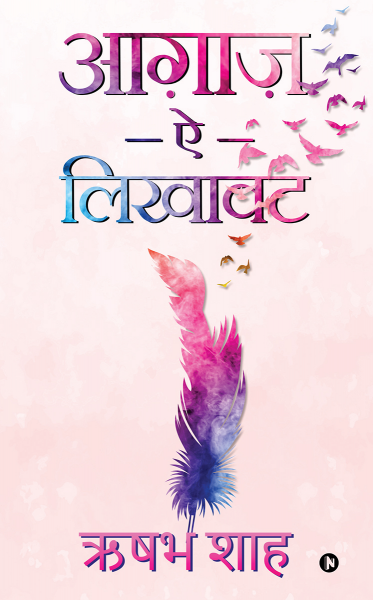 Aagaz-Ae-Likhavat is a collection of Hindi poems, most of which were written through the years 2017-19. These simple poems address everyday topics that are close to the poet’s heart. They provide a glimpse into the poet’s life journey and the way he lives on life, death, love, loss, wealth, health, faith, values, friends, enemies, joys, sorrows, dreams, hopes and everything that revolves around daily life . The poet here reflects ideas about emotions attached to humans. Comments have also been made about our position, the hypocrisy of people, countries and religions and the boasting of mankind.

The identity of these poems is their simplicity. The poet admires Ghalib and Gulzar, and his style reflects a similarity in portraying the emotions that we humans experience and relate to. It is a story of the heart, which has various emotions. 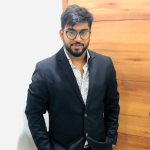 Rushabh Shah, born in Anand district of Gujarat, is a blooming poet.

He received his Bachelor’s (B.Sc) in Biotechnology from Xavier’s College, Ahmedabad, and Masters (M.Sc) from ARIBAS College in Vallabh Vidhyanagar. He is better known by the name Rishi among his readers.

Writing poems have always been Rishi’s passion and is very close to his heart. He believes writing renders us immortal! Alongside being a poet, Rushabh is also a keen photographer and an untiring traveler. He enjoys reading modern poetry.

In true sense, Aagaz-Ae-Likhavat, meaning the “Commencement of Writing,” started away from home. Staying alone, Rushabh developed a fondness for poetry, channeling his thoughts about everything that prevails in society.

Rushabh has dedicated his poems in anthologies like The Sacred Bond and The Diary of Festivities. He is known among the youth for his simplicity and uniqueness in Hindi and English poetry.

Rushabh strongly believes in the words of SJ Perelman. “The dubious privilege of a freelance writer is he’s given the freedom to starve anywhere.”