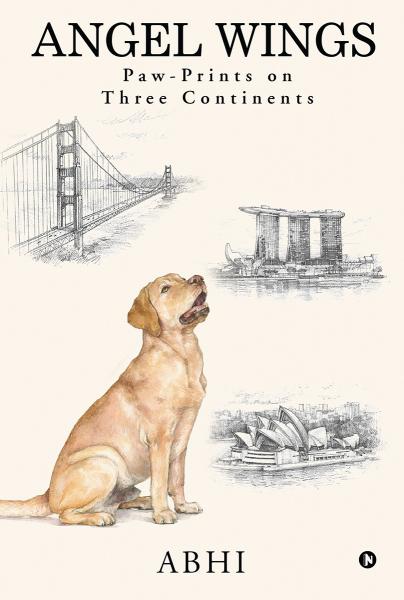 “His eyes are talking to me” - with these words, Zen entered the lives of his two humans in Singapore in 2016. A few months later, the author, his wife, and Zen, their one-year-old Labrador Retriever, relocated to Stanford University. In the summer of 2017, the trio set off on a two-month, 10,000-mile road trip across America covering 29 states.

‘Angel Wings - Paw-prints on Three Continents’ is a humorous narration of Zen’s adventures and misadventures. Told from his unique perspective and inimitable style - ardent, conversational, and touching, the meaningful connection he enjoys with his humans surfaces time and again.

He encounters a security robot in Mountain View with hilarious consequences, bonds with a burly Harley biker in Custer City, and meets a grizzly bear in Glacier National Park. It is a story of making new friends and learning new skills while on a journey to understand America’s culture and history. An easy, engaging read about how a dog-loving nation embraced a goofy pup and his human companions. 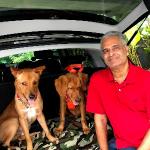 Abhi shares a spiritual connection with dogs and is a certified dog trainer. After a successful corporate career, he went to Stanford and is now a life design coach. He enjoys writing and going on road trips. He has travelled to 45 countries. He and his wife live in Singapore with their pup, Zoom.

He can be contacted at abhi@alt-lyf.com