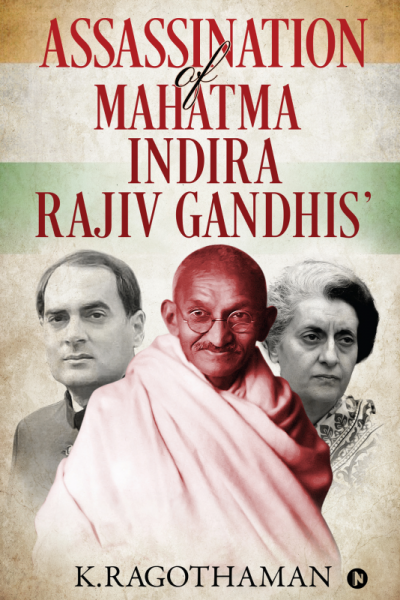 These three days bear significant importance in the history of independent India. The nation witnessed the assassination of the Father of the Nation, the Prime Minister of India and an ex-Prime Minister of India respectively. It is even more startling because it was the first instance where a mother and her son were robbed of their lives because of political and religious reasons.

Assassination of Mahatma – Indira – Rajiv Gandhis' by K. Ragothaman is an attempt to shed light on these occurrences and what led to their gruesome deaths. It is also a commentary on the functioning of the law enforcement agencies and the Executive. As the Chief Investigating Officer in the Rajiv Gandhi assassination case, Mr Ragothaman is in a unique position to discuss the intricacies of three of the most significant occurrences in the history of 20th century India. The events leading up to these dates have been reconstructed to give the reader a holistic picture and how these three seemingly individual tragedies are connected.

The author is a post-graduate in Economics from Annamalai University.

While at Annamalai University, he was associated as an editor with a weekly magazine called Annamalai News.

He joined as a Sub-Inspector of Police in CBI and underwent one-year training in the National Police Academy, then at Mount Abu in Rajasthan, now in Hyderabad.

He was selected as Chief Investigating officer in the Rajiv Gandhi assassination case and was associated in this case alone for more than ten years out of total service of 36 years in CBI.

In recognition of his meritorious service, he was awarded Police Medal in 1988 and President Medal for distinguished service in 1994.

After retirement he has produced a documentary titled Human Bomb which is available on YouTube, besides publishing his first book Conspiracy to Kill Rajiv Gandhi in both English and Tamil versions. He has also authored Third Degree Crime Investigation Management.