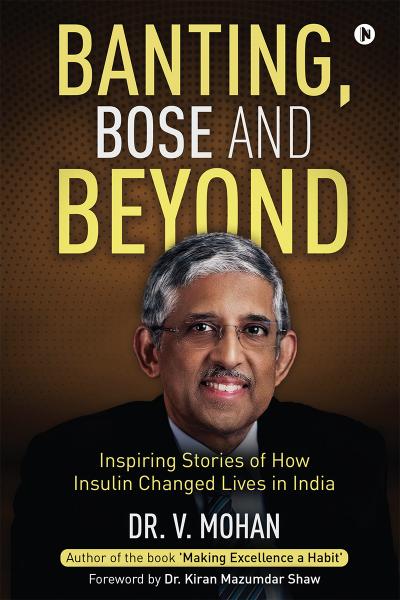 Banting, Bose and Beyond Inspiring Stories of How Insulin Changed Lives in India

The book would be of great interest not only to those with diabetes and their families but also to students, medical professionals and indeed everyone. The true stories of the heroes with type 1 diabetes described in this book, will be an inspiration to anyone with any chronic disease.  Written in Dr V. Mohan’s usual sagacious and yet gripping style, it is a  thriller that is difficult to put down. Dr Mohan is a great storyteller and this book is yet another jewel in his literary crown. 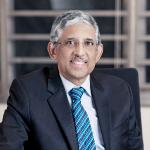 Dr V. Mohan’s name is synonymous with diabetes and diabetology in India. Dr Mohan started working on diabetes at the age of eighteen,  as a second-year medical student, when he assisted his father Prof. M. Viswanathan, considered as “Father of Diabetology’ in India. After spending twenty years with his father,  Dr Mohan established the well-known Dr Mohan’s group of diabetes institutions in 1991, ably supported by his late wife, Dr Rema Mohan. The institutions include Dr Mohan’s Diabetes Specialities Centre (the hospital wing), Madras Diabetes Research Foundation (the research wing), Dr Mohan’s Diabetes Education Academy (the Education wing), and DIRECT (the charitable trust) which treats thousands of poor and needy people with diabetes, completely free of cost.

For nearly five decades, Dr Mohan has been consistently contributing to diabetes healthcare, research and charity, and he is considered a legend in this field. Dr Mohan, with the help of his daughter Dr R. M. Anjana and son-in-law Dr Ranjit Unnikrishnan and their large team, established one of the largest chains of diabetes centres in the world with over 50 branches spread across 32 cities and eight states of India, which have helped improve the lives of over  800,000 people with diabetes. A prolific writer and researcher, Dr Mohan has published a prodigious number of over 1500 articles, research papers and chapters in textbooks,  with over 162,000 citations and an h-index of 142. This is considered a stupendous achievement even for a full-time academic researcher. He also contributes extensively to charity and effortlessly combines spirituality with science. His autobiography entitled ‘Making Excellence a Habit’ is a best seller.