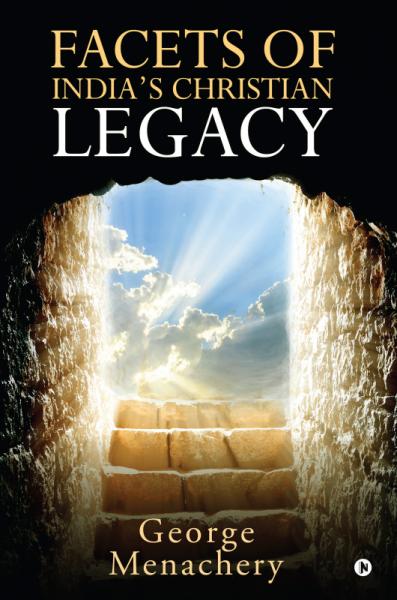 This volume of essays and papers by well-known encyclopaedist, historian, museologist, and anthropologist Prof. George Menachery, investigates various aspects of the heritage of Indian Christians in the light of the latest discoveries and findings in archaeology, epigraphy, demography, and geology. Controversies concerning the sojourn of Apostle Thomas in the north, south-east, and south-west India are discussed giving due weight to the documents that have surfaced representing almost every century, every language, and every church - both occidental and oriental.

The spread of the Catholic Church in India, as represented by the major missionary thrust of Francis Xavier and the Jesuits, is subjected to scrutiny. The Protestant pioneers and the evangelical achievements from Tranquebar to the Sepoy Mutiny are dealt with in detail. A distinctive feature of the book is the original facts brought out on Christian art, architecture, customs, and manners both of the Thomas Christians and the Christians of other denominations and areas. The author’s intimate association with Christianity in Kerala, the Konkan, the Deccan, Bengal, and the Tribal belts is reflected in these writings.

A trailblazing scholar and reformer, the author’s latest is a stirring nostalgic voyage of discovery. With its engaging style, it assures a riveting read.

Prof. George Menachery, the well-known historian, was one of the very first to study, research, propagate, and introduce many aspects of the history of India and Kerala and their people through his forays into the fields of Archaeology, Anthropology, Place Name Studies, Numismatics, and Epigraphy. His work has a scientific manner of approach through his many books, research papers, and through his presence in the media, both print and electronic. His work expands through websites, exhibitions, and museums, and through the many organisations he founded for the study of history, and his long association with many national and international history-related organisations and bodies.

His most significant contribution to the study of history is perhaps that he inspired and trained a galaxy of researchers who have promoted historical studies on an unprecedented scale. His works paved the way for the scientific study of Indian Church History and Christian culture including art and architecture and have been instrumental in producing many doctoral theses and research publications.