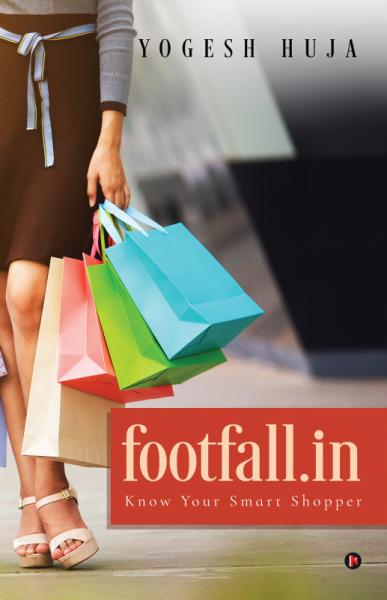 Footfall.in - Know your smart shopper focuses on helping retailers get ready for the Phygital Age. What exactly is Phygital? Is it a way to increase footfall at your store? Why are some online giants making the move to physical retail? Have they cracked the art of finding customers, or do they already know it? Is there a need for a retail Robin Hood, and how can he help to bring retail back? This book answers these questions and many more. Find out the role of technology in bringing retail back to stores that were loved by customers a few decades ago. Find out what customers really come to buy at stores.

Yogesh Huja is one of the greatest technology pioneers. He was born into a family of warriors. His father served the Indian Air Force, and his mother took charge of the family. He has been a creative genius since childhood. In 2008, he got married to Shivani, who really is his better half. They have been blessed with two cute daughters, Sonakshi and Sunaina.

Yogesh believes technology without efficient support is like a body without a soul. He is an entrepreneur, well known for his innovation, care and scale-up capabilities. At the age of 21, he started his first venture, Swaran Soft Support Solutions, in the field of technology services. They served clients like Honda, Bausch & Lomb, DMRC and many other top giants of the industry in creating and maintaining their online presence. He feels the need for technology is much higher in offline retailers, as they bear the brunt of the Digital Age.

In 2015, he started Freedom Desi, a retail tech start-up with a vision to connect retail worldwide. He is of firm belief that to track the results of advertising, you need to have a measuring scale.

He is an enthusiastic lover of music and a columnist for leading magazines such as Entrepreneur.com, ET and more. Business World calls him “The Robin Hood of Offline Retail”.