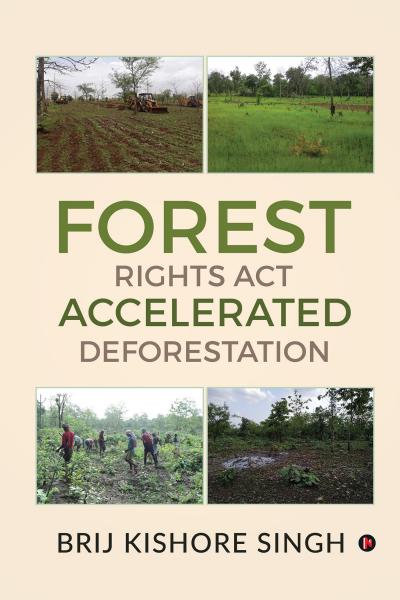 The book ‘Forest Rights Act – Accelerated Deforestation’ has highlighted the disastrous consequences of enactment and implementation of “The Scheduled Tribes and Other Traditional Forest Dwellers (Recognition of Forest Rights) Act, 2006 and Rules, 2008” on the forests of the country. With graphic details taken from the states of Maharashtra, Madhya Pradesh, Chhattisgarh, Andhra Pradesh, Telangana, Odisha and Karnataka, the book has recounted how this Act and the Rules, introduced during the UPA regime ostensibly for setting right historical injustice, have triggered decimation, fragmentation and degradation of millions of hectares of forest in a span of just a decade and a half. The book has also underscored the role of aggressive politicians, scheming activists and pliant bureaucrats in the implementation of the FRA which in a roundabout manner has facilitated regularization of unauthorized forest encroachments, virtually negating the benefits accrued from the historic Forest (Conservation) Act of 1980. It has also questioned the open-ended nature of the Act with no last date for claiming rights under it, which has resulted in opening floodgates for fresh encroachment of forest land throughout the length and breadth of the country. Given the far-reaching and beneficial influence of the forest ecosystems on the life and future of humankind, and also considering the ominous implications of the FRA on the country’s shrinking forests, already on the brink of an ecological disaster, the book has recommended repeal of the Act. 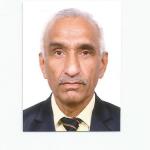 Shri Brij Kishore Singh was recruited to the Indian Forest Service in 1975 and was allotted to the Karnataka cadre. He had served as Deputy Conservator of Forests in a number of forest divisions such as Gulbarga, Shivamogga and Kollegal. He served in the Government of India as Conservator of Forests (Central) in Eastern Regional Office, Ministry of Environment and Forests, Bhubaneswar where he dealt with forest diversion cases pertaining to the states of Odisha, West Bengal, Sikkim, Bihar, Jharkhand and union territory of Andaman & Nicobar Islands. He also monitored compliance of conditions stipulated for the forest diversion cases. Later, he served in a number of positions in the Government of Karnataka, including CEO, Lake Development Authority, Administrator, Command Area Development Authority, Bhadra (Shivamogga), Managing Director, Karnataka State Forest Industries Corporation, and Managing Director, Karnataka Forest Development Corporation. He served as Principal Chief Conservator of Forests (Wildlife) & Chief Wildlife Warden, Karnataka, and finally as Principal Chief Conservator of Forests (Head of Forest Force), Karnataka, the apex post of the department, before superannuating on 30-06-2013. During his more than 37 years of government service, he dealt with multifarious issues regarding protection, development and management of forest and wildlife, conservation and development of urban lakes, and management of irrigation command area. Post superannuation, he is engaged in evaluation and assessment of Protected Areas including Tiger Reserves across the country. He teaches ‘Forest Survey’ and ‘Forest Economics’ to range forest officer trainees in Karnataka Forest Academy Dharwad. This is his third book, the other two being “Destroy Forests, Destroy Life” and “Economics for Foresters”.