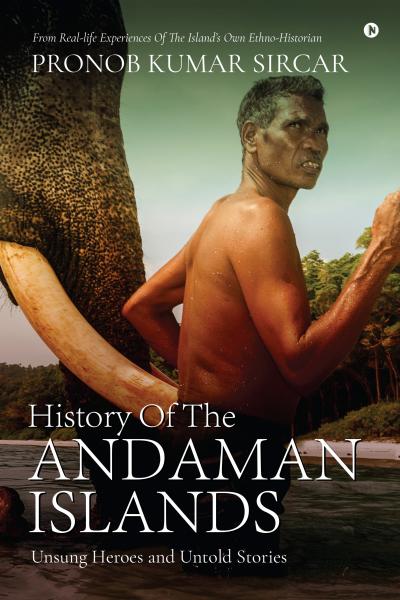 History Of The Andaman Islands Unsung Heroes and Untold Stories

History of the Andaman Islands - Unsung Heroes and Untold Stories' is different and unique unearthing many riddles and facts of Indian and Andaman history. The book is an outcome of the decades-long research on the soil of the Andamans by an Andaman born ethno-historian.

Andaman History is neither only of pirates and aborigines, nor about the land of fishes, corals and beaches alone. It is larger, longer, more various, more beautiful and more terrible than anything anyone has ever said about it. The diverse historical events have left their mark as a reminder of some good and some bad times, of tragedy and hope, of atrocity and courage in the face of it, of great acts of sacrifice and bravery; so much so that the saga of sacrifice and the martyrdom, beginning from the freedom struggle of 1857 to end with the freedom in 1947, can never be forgotten.

Despite the unpleasing fact that a large part of the history records were burnt by the Japanese in the Andamans, writing with verve and extraordinary range, the author dividing the book into three parts Time, People, and Place, exclusively unravels the riddles of the history, especially pertaining to the untold heroes of the Indian Mutiny of 1858, the unforgettable events, the unsung stories, the aboriginal attacks and the reasons thereof, the witnessed tales of the torture, the sacrifice and the massacres. Apart from its enlightening role, the book, by giving unexpected important clues about the people lost in wars and struggles, establishes a sentimental value in the hearts of their descendants.

Dr. Pronob Kumar Sircar has obtained his degree of M.Phil in 1995 followed by Ph.D in 1998. He is one of the few Andaman-born researchers to have a pioneering contribution towards research and study of the various social issues of the islands, especially that of the aborigines. His previously authored books are The Primitive Tribes of Andaman and Nicobar Islands, Water on Land and Jarawa - the struggle continues.

His is the recipient of the prestigious Lieutenant Governor’s Commendation Award - 2014 at Port Blair and the National Award of ‘Leadership - 2019’ from the National Commission for Scheduled Tribes (NCST), New Delhi.

Apart from his status as a social researcher, ethno-historian and writer, he is significantly a well-known anthropologist with a deep experience of working amongst the tribes for more than twenty years in the Andaman Islands.

He can be communicated at – pronobsircar@gmail.com