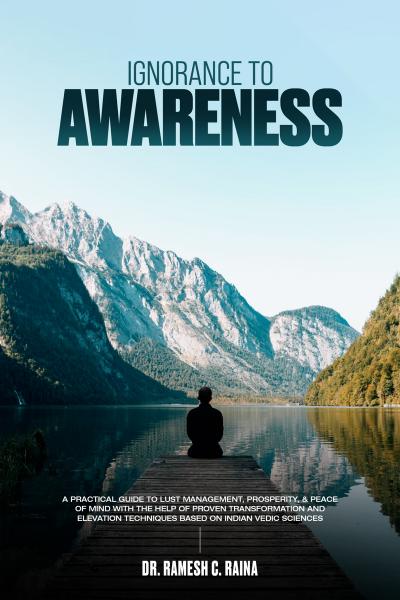 Ignorance To Awareness A Practical Guide to Lust Management, Prosperity, & Peace of Mind with the Help of Proven Transformation and Elevation Techniques Based on Indian Vedic Sciences

The Book on “Ignorance to Awareness”, is a practical guide that describes Transformation and Elevation Techniques and Processes in easy-to-follow steps.

Ancient Vedic Sciences has identified six main disorders in Human Beings and they are Lust, Anger, Attraction, Greed, Ego, and Envy. These six disorders are the root cause of all problems which one faces in Life. Often, lust is treated as a behavioral problem but ancient Vedic Sciences treat lust as the most powerful energy which can neither be controlled nor conquered. It provides a concrete and practical process that helps in transforming lust into more powerful positive and constructive energy.

The author devised Techniques and Processes

Permanent transformation is the only way out to achieve excellence in life. To achieve the permanent transformation and elevation, the author has devised easy-to-follow techniques like SIT-MIT, LAAGEE, LACE, SRT and DAD analysis, and finally PAAGE. This book explains case studies and short stories which makes this book more interesting. Activities in almost every chapter give hands-on training to the readers. 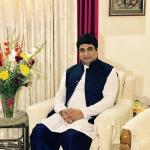 A compassionate, people-loving, and caring person; Dr. Ramesh C Raina is fondly known as “r c raina”.He was born in a small village called Chinigund on 18th May 1964. He grew up among Sufi saints and mystics in the valley of Kashmir India covered by dense Himalayan mountains. The village would remain under heavy snow for five to six months every year.

He was groomed by his mother during the early childhood. She inculcated values and ethics in a young child which remained his way of life. He was Brought up by his father a humble and famous school teacher, Dr. Raina adhered to his father’s instructions always. His father Late Mohan Lal Raina was a devotee of Lord Shiva and would recite Vedic mantras extempore.

Dr. Ramesh C Raina strived for truth always and he was born with inquisitiveness and enquiring nature which made most of the people irritated and angry with him.

His performance in early studies was average but he never stopped learning and reading. He received a doctorate Ph.D. from the University of Mysore. Dr. Raina is an ardent follower and believer of ancient Vedic Sciences and believes that this system is the only system that could transform human beings and inculcate in them a sense of humanity and values.

Dr. Raina worked with various Entertainment, News, and finally with Spiritual Satellite TV channels in India. He covered five Maha Kumbh Melas. He has interviewed more than 200 prominent saints in his program “Dr. R.C. Raina’s discovery of Spiritual India”. He has published more than 2000 news articles and stories so far. He is the founder of "CMH Global" India’s first Spiritual OTT platform and "Conscious Mind Hub" a first-ever spiritual online knowledge Hub.

Dr. Raina has transformed more than 10000 people so far. He has devised a unique transformation and Elevation Technique known as “SIT-MIT”. This technique SIT-MIT comprises many more analytic processes like LAAGEE, LACE, DAD analysis, SRT, and PAAGE analysis.

He has dedicated the last phase of his life to the welfare of human beings. He has founded Digidantavarsity which will teach and trained people across the globe through digital means. He is the author of the Book “ Ignorance to Awareness” also and is writing books on personal transformation subjects.