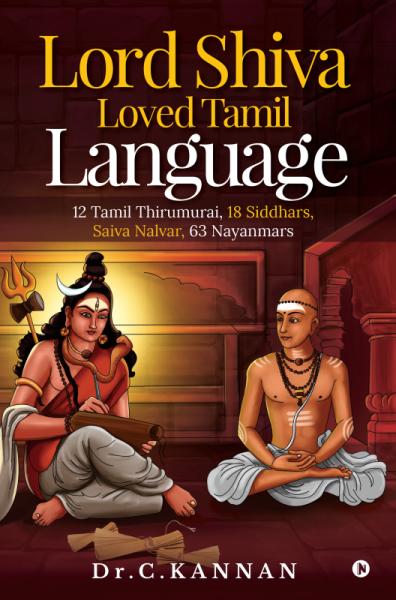 Saiva Religion (A belief system that places Lord Shiva as the Supreme God) and Tamil language completely inter-related. Tamil grew with the Saiva Bakthi movement from the 6th century onwards, and many magnificent Shiva temples were being built in South India and other parts of India.

There was no caste system in Saiva Tamil literature and hence no untouchability.

Thiru Moolar, one of the great Tamil saints had said:

Dr. C. Kannan, M.B.B.S., M.N.A.M.S., post graduate in Community medicine (also called social and preventive medicine) has a 45-year-long career from 1973 in the public health department of the Government of Tamil Nadu and seven medical colleges as professor and HOD in both government and private medical colleges.

The author had travelled to most states of India and a few foreign countries. He reads a lot of history and religious books. This is his sixth book as author. His earlier books were:

4.People of the world must have scientific mindset, in Tamil. (2013)

He was awarded the Bharat Ratna Mother Teresa Gold Medal award for excellence in his field on the occasion of the 33rd National Unity Conference on ‘National Economic Growth through Individual Contribution’. The award was given by Global Economic progress and Research Association (GEPRA), New Delhi.